Iowa’s efforts to privatize a state agency tasked with protecting the elderly and disabled have stalled in the face of escalating complaints that the office is routinely violating federal and state law.

Many of the complaints are coming from within the agency itself.

Rep. Mary Gaskill, a Democrat from Ottumwa, says the Iowa Long-Term Care Ombudsman’s Office seems to be in disarray and is struggling with staff defections, internal complaints and an uncertain future.

“I’m not happy with that,” she said. “It’s not a good situation over there.”

Newly released data from the National Ombudsman Reporting System shows that of the nation’s 50 state long-term care ombudsmen, Iowa ranks last in on-site visits made to care facilities. In 2018, the Iowa office visited, at least quarterly, just 10% of all the state’s care facilities. The national average was 72%.

Currently, the Iowa office employs eight investigators — most of whom carry the title of “local ombudsman.” They respond to roughly 1,200 complaints annually from 55,000 Iowans now living in the state’s 860 care facilities. Two of the local ombudsmen quit during the past year and their positions have not been filled.

The office also relies on roughly four dozen community-based volunteers who visit nearby care facilities and report any quality-of-care issues back to the state office in Des Moines. Those volunteers have had to shoulder more work in the wake of budget cuts, and now some of them are resigning.

Jeri Bailey of Wapello is a former registered nurse who served as a volunteer ombudsman for five years before resigning last week.

In her resignation letter, she attributed her decision to “very worrisome” changes within the ombudsman’s office that she could not support.  “I feel that our focus as resident advocates has been compromised on so many levels,” she wrote.

Bailey says one of her main concerns is the effort by Iowa Long-Term Care Ombudsman Cynthia Pederson to eliminate the jobs of the local ombudsmen and outsource the task of investigating complaints to another  entity. That proposal has been met with criticism from Gaskill, volunteers and advocates who fear it will lead to reduced oversight and accountability.

The outsourcing plan hit a major roadblock in November when no one responded to the state’s formal request for proposals to take over the duties of the local ombudsmen. Asked how the state intends to proceed now, Pederson said no decisions on that have been made. She said the effort to outsource the work is intended “to better provide services to the population we serve,” but did not elaborate.

The state’s Area Agencies on Aging, a network of regional organizations that offer Iowa seniors a wide variety of services, were thought to be the most likely candidates to take over the duties of the local ombudsmen, but none of them bid on the work.

Some of the AAAs have local care-facility managers or owners on their governing boards, which could have resulted in conflicts of interest. In addition, some AAA leaders have said they were concerned about the state’s diminished support for the work of the ombudsman’s office.

For the past three years, staffing reductions and budget cuts have plagued the Iowa Long-Term Care Ombudsman’s Office. The annual budget for in-state travel, once used to pay for in-person visits and on-site investigations at care facilities, was reduced two years ago from $55,000 to $600, which resulted in the virtual elimination of on-site visits. The year before that cut was made, the office reported making 5,000 on-site visits, almost 700 of which were in response to complaints of poor resident care or violations of residents’ rights.

The Iowa office is now down to eight local ombudsmen, counting two who are focused on managed-care issues. The Institute of Medicine recommends one ombudsman for every 2,000 care-facility residents. If Iowa was to meet that standard, it would need 27 ombudsmen on staff.

In July, some of the local ombudsmen drafted a letter to their boss, Pederson, to express a variety of concerns with her leadership and the office’s compliance with state and federal law:

In 2018, the Des Moines Register asked Gov. Kim Reynolds’ spokeswoman how the governor reconciled the law requiring on-site visits with a budget that eliminated almost all funding for those visits. The spokeswoman said only that “the governor expects all state departments and agencies to abide by the law.”

According to Iowa Public Radio, Pederson told the governor at a budget hearing two years ago that many seniors in Iowa care facilities weren’t comfortable with technology and would prefer to speak to an ombudsman in person when they have a complaint. Reynolds responded by saying the business community favors electronic communication. “It’s just a reality,” the governor was quoted as saying. “Change is hard.”

Jeri Bailey, the volunteer ombudsman who recently resigned, says that regular on-site visits are important, and that it’s close to impossible to earn the trust of nursing home residents or to pursue investigations through phone calls.

“You know, I would see bruises on residents, so as a volunteer I could say to the facility, ‘Please explain to me why so-and-so has these bruises on their upper arms,’” Bailey said. “I could look at an individual and say, ‘Why is this person having to deal with this incredible psoriasis on their face when we have so many medications and things that can be done?’”

In 2017, Joel Wulf, then an assistant director at the Department on Aging, complained in an email to Miller that the ombudsman’s office had published an annual report that shouldn’t have been issued without them seeing it first. He wrote that he and Miller needed to make clear to the ombudsman’s staff that they “operate under the umbrella of the department and are not an autonomous executive branch agency.”

A few weeks later, Wulf wrote again to Miller, this time arguing that revisions needed to be made to the state law governing the ombudsman’s office. “We need to change the code,” he wrote. “The term ‘independent agency’ needs to be reconsidered.”

It wasn’t the first time the Department on Aging involved itself with the operations of the ombudsman’s office.

In 2010, John McCalley, then the director of the Department on Aging, wrote to the ombudsman and informed her that the governor was going to dictate her position on all legislative issues — a direct violation of federal law.

The U.S. Administration on Aging investigated and instructed McCalley to change a department policy that literally barred the ombudsman and her staff from voicing their opinions on state and federal legislation.

McCalley subsequently resigned and Gov. Chet Culver ordered the ombudsman’s office to move out of the Department on Aging. Shortly after Culver’s successor, Terry Branstad, became governor, Jeanne Yordi, then the ombudsman, sought Branstad’s approval before taking a position on a legislative bill. She also told her staff she didn’t think it was appropriate for her “to publicly criticize the decision of another state department.”

The head of the Department on Aging at that time, Donna Harvey, wrote to the local ombudsmen and instructed them to refrain from voicing opposition to Branstad’s decision to eliminate 10 nursing home inspectors’ jobs.

Branstad then moved the ombudsman’s office back within the Department on Aging, where it has remained. 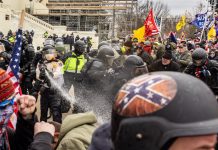 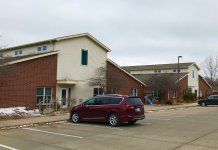 Will Iowa outsource its protection of the elderly?