Home Uncategorized DNR’s new team: Will ag background be a plus, or ‘cause for...
Facebook
Twitter
Email
Print

The Iowa Department of Natural Resources went more than a year without a permanent director and months more filling some of the other key posts.

Now, some who have regular contact with the department wonder if the new lineup will show a strong dedication to environmental protection and natural resources, or lean more toward making regulated industries happy.

While some question if Lyon will approach DNR issues objectively, leaders of the pork industry, for example, said Lyon’s understanding of farming already has paid dividends on topics as complex as preparing for international animal diseases. They say they don’t expect favoritism.

No one is saying that Lyon is expected to be unfair. Only that she is unproven in a top administration job that regularly attracts controversy. Environmental issues are often controversial in the first place. Iowa’s long battle with water quality is in play, for example, and the U.S. Geological Survey and others attribute much of the trouble to farm runoff.

Several environmental organizations have petitioned DNR or sued in recent years to force what they see as change needed to fully comply with the federal Clean Water Act. One of those organizations, Iowa Citizens for Community Improvement, wonders how Lyon’s tenure will unfold after the retirement of acting director Bruce Trautman, who had taken over when former director, dairyman and state Republican lawmaker Chuck Gipp retired.

Lyon has forged a team made up primarily of DNR veterans in top spots.

“It’s great to see this leadership coming up from within, especially women,” said CCI state policy director Adam Mason. “For us, the question is going to remain that no matter how long they have been there and their political commitment, what we have said at DNR for the past 20 years is it comes down to political will at the top.

“The appointment of Kayla Lyon causes us a lot of concern,” Mason said. “First, she has been a policy adviser to Reynolds (on agricultural and environmental issues), and before that she was lobbyist for the Iowa Institute for Cooperatives, which works hand in hand with ag in this state,” an industry that supports deregulation, Mason said. CCI has called for new regulations on agriculture, a moratorium on large scale hog confinements, and other moves to rein in pollution without relying solely on farmers’ voluntary actions.

Mason recalled how former director Jeff Vonk was forced out of his position soon after he vocally suggested that local governments — not the Legislature or state agencies — should control the location of hog confinements — a top environmental issue in Iowa for more than two decades.

Ever since, Mason said, questions have swirled over whether agricultural interests have too much influence at DNR. “Since then, it’s only gotten worse. It’s sending a message to the businesses they regulate that Iowa is open for business” without proper environmental controls, Mason said. “When it comes to enforcing clean water and air standards, DNR is going to do everything they can to bend over backwards to help the industries.”

Eldon McAfee, speaking as lawyer for the Iowa Pork Producers Association, has a different view.

“We don’t see (agricultural backgrounds) on the (governor-appointed Environmental Protection Commission) or at DNR as a free pass,” McAfee said. “Whoever it is can’t give anybody preferential treatment because the rules have to be followed.”

Drew Mogler, public policy director for the pork producers association, said Lyon’s ag experience was evident in what he saw as a strong performance during a drill last fall, organized by the U.S. Department of Agriculture in 13 states, that went through how the area would respond to a disease outbreak such as African swine fever, which has spread in China.

“She comes from a farm background so she has an understanding of how this is going to play out on the farm,” Mogler said. “The communication and collaboration that the industry will have with state agencies is going to be very important.”

The six permanent directors of the department, since it was formed by Gov. Terry Branstad by merging several state departments, have included the chief of the old Iowa Conservation Commission, a forester/farmer, a forest biologist, a naturalist, a lawyer with close ties to Branstad, and a dairy farmer turned legislative leader.

CCI and other environmental groups have contended that large-scale hog confinements are both a nuisance and a health threat and have called for a moratorium on construction. DNR has rejected multiple petitions asking for related actions.

“We wonder if her interests are going to be to advocate for Iowa’s ag industry, of is going to actually fullfill the mission of DNR and protect natural resources?” Mason said. “We don’t think you can do both.”

Reynolds has contended you can. She pushed legislation that significantly increased spending on water quality work — by shifting the money from other state programs. She has supported the state’s Nutrient Reduction Strategy, which is a voluntary effort to clean waterways.

When she appointed Lyon in June, Reynolds said in a statement: “As my legislative liaison and lead policy adviser on agriculture and natural resources, Kayla oversaw DNR operations including regulatory permitting, conservation efforts, and wildlife issues. She also played an instrumental role in the 2018 comprehensive water quality funding bill.”

Lyon said in a statement: “In this role, I will continue the DNR’s mission to protect our natural resources, state parks, landscapes, and improve the quality of life in Iowa for generations to come.”

Neither Reynolds aide Pat Garrett nor DNR spokesman Alex Murphy responded to requests for comment for this article.

Sen. Rob Hogg, D-Cedar Rapids, said the delay in getting a team together at DNR could be a sign that it didn’t rank highly on Reynolds’ priorities.

“My god, it took her over a year to appoint a replacement for (retired director) Chuck Gipp,” said Democratic Sen. Rob Hogg, ranking member of the Senate Natural Resources and Environment Committee. “If it were a priority, it wouldn’t have taken a year.”

In recent months, DNR has added a new deputy director, environmental services director, chiefs of the land and water bureaus, an acting chief counsel, and a law enforcement chief. Most are longtime DNR workers, and the shuffle was precipitated in many cases by retirements of other DNR veterans.

Chuck Gipp retired as director of the Iowa Department of Natural Resources on May 1, 2018. His chief deputy, Bruce Trautman worked as acting director, but now has retired.

Hogg said he hopes Lyon can reverse what he considers a lack of commitment to DNR by the administration. “I hope she demonstrates a real zeal for natural resources.”

But Lyon’s lack of a track record in environmental management is a challenge, Hogg added.

“I know there are some people who have expressed concern that (Lyon) doesn’t have a traditional environmental management background,” Hogg said. “That is a challenge for her in the position. She is going to have to work very hard to demonstrate the ability to do the natural resources part of the job.”

Hogg said years of budget-cutting have taken a toll.

“The agency has been squeezed and cut” for more than a decade, Hogg said. “What is so ironic and disappointing is that at the same time, people increasingly want access to parks at a higher level than ever before.” Hogg’s New Year’s Day hike with others at a DNR event at Palisades-Kepler State Park near Mount Vernon drew perhaps 200 people, part of a record statewide crowd for the First Day Hikes as the state prepares to celebrate the centennial of the park system.

“We need to renew our commitment to natural resources and outdoor recreation because it’s what people want,” Hogg said.

“Last year we ended with a $200 million cash balance. It’s a real problem when (GOP lawmakers) continue to squeeze and cut the DNR and then seek more tax cuts,” Hogg said “There is a priority problem. Is there any commitment to natural resources and outdoor recreation?”

The GOP leaders of two key legislative committees did not respond to requests for comment.

Ingrid Gronstal Anderson, water program director at the nonprofit Iowa Environmental Council, said she is glad to see Lyon in line to be confirmed as the first female permanent director. Pat Boddy had served as interim director briefly in 2010.

“I am happy to see a woman put in that leadership role. That’s exciting,” Gronstal Anderson said.

“It would concern me if she started making decisions as director that seemed heavily influenced by ag interests, or by that background. I haven’t seen anything like yet,” she added.

In addition to Lyon, these staffers are new to their positions in recent months. With the exception of the Lyon and the new law enforcement chief, all moved from other DNR positions.

— Land Quality Bureau chief Amie Davidson, who had worked in DNR’s water supply section and as supervisor of team working on solid waste and contaminated sites. 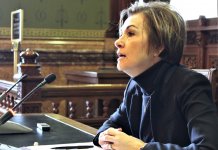 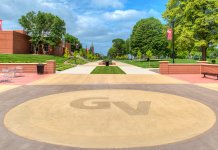 Will the feds pay for uninsured Americans’ COVID-19 treatment and testing?