Alese Burris, a young, African-American woman, toyed with the idea of supporting former Vice President Joe Biden. After all, he was President Barack Obama’s counterpart.

But in the end, the 32-year-old woman went back to her top pick from the 2016 Iowa Caucuses: U.S. Sen. Bernie Sanders.

“Bernie, he’s been doing this his whole life. He’s been fighting for people of color, he’s been arrested,” Burris said. “From day one, his whole agenda has been to be more inclusive and to help communities of color.”

Burris and some other young, black Iowans in Des Moines on Monday said Sanders was their top pick for the Iowa Caucuses during the VICE News Brown & Black Democratic Presidential Forum in Des Moines. The forum brought eight presidential candidates to Des Moines, where they answered questions related to communities of color— on Martin Luther King Jr. Day

Former Vice President Joe Biden largely led a Washington Post-Ipsos poll of over 1,000 black Americans conducted between Jan. 2-8, garnering 48% support from respondents. Behind him at 20% was Sanders, who largely led other candidates like Warren who got 9% and Bloomberg at 4%.

However, there was one particular area where Biden lagged behind Sanders: Young black people. Sanders lead Biden by 12% among young voters ages 18-34 years old.

During the forum, Sanders pointed out several policies that he said will help the African-American and Latino communities, including his plan to make colleges and universities tuition free and to forgive student debt. He said those communities leave school with a higher rate of debt than other populations.

Jordan McRae, 19, is studying education at William Penn University. His ultimate goal is to attend law school and he believes Sanders’ policies are the best to support that.

“I just feel like he’s going to be the best candidate to help me,” McRae said.

Ohio state Sen. Nina Turner attended Monday’s forum with Sanders.  Editor’s note:  This story has been updated to correct Turner’s title. She is a state senator, not a U.S. senator.

She acknowledged that Biden’s appeal to black voters, particularly as the vice president to the first black president.

But she pointed to Sanders’ strong support from young black voters and his policies that aim to combat systemic racism that particularly affect young black men, like higher incarceration rates.

She pointed out that for years, Sanders supported legalizing marijuana and expunging marijuana-related charges from records.

“Sen. Sanders is not going the middle of the way or holding the status quo,” Turner said. “Status quo has never worked for black people in America.”

President Donald Trump will be a “formidable” opponent in 2020 and it will require a high Democratic turnout to defeat him, Sanders said. He said his policy appeal and grassroots efforts to gain young supporters will help improve Democrats’ voter turnout this year if he gets the nomination.

“We are reaching out very strongly to young people who are the most progressive generation in the history of this country, but have a history of not voting in the numbers they should,” Sanders said during the forum. “A large voter turnout will beat Trump.”

In the end, McRae said he wants to see a candidate who can beat President Donald Trump.

“The overall goal needs to be to get Trump out of office,” McRae said. “And so regardless of who your candidate is and your feeling, that needs to be the goal is whoever can beat Trump.”

Forum takeaways:  Yang questioned on whether his jokes play into ‘model minority myth’

Presidential candidate Andrew Yang, who is known for his jokes and efforts to relate to his audience, was questioned about his self-deprecating humor that pokes fun at being Asian-American.

During the VICE News Brown & Black forum, moderators asked Yang about the jokes, which they said often play on the “model minority myth,” where Asian-Americans are stereotyped as intelligent with high skills in math and science. VICE News moderators pointed out that the myth can often be harmful toward black and Latino Americans, who are held against the stereotype as well.

Yang, the only non-white candidate present at the forum, said there are many people struggling, including in the Asian-American community, with racial inequality and poverty.

“I think Americans are smart enough to realize that if I say something about liking math, that doesn’t mean millions of Asian-Americans out there like math.” “By poking fun at things, we can see how ridiculous they are.”

During the forum, moderators questioned Pete Buttigieg about his track record as mayor of South Bend, Indiana, particularly the decline of black police officers serving on the force during his tenure.

The South Bend Police Department lost African-American officers almost annually under Buttigieg, according to CNN. When he took office in January 2012, the department had 29 black officers. By 2019, that number was 15, according to CNN.

When he was criticized for not meeting with the officers, Buttigieg said he frequently talked with black officers in South Bend and that some of the departures were related to workplace discipline.

Boykins was accused of improperly taping phone calls of senior white officers who allegedly used racist language against him. The alleged taping resulted in a federal investigation at the police department, which Buttigieg said he was not informed about by Boykins, which resulted in him to lose faith in the police chief, according to the New York Times.

“That changed our relationship,” Buttigieg said during the forum. “That changed my ability to have him in the role he was in.” 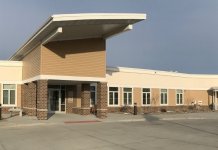