It only took panelists a few moments to cast aside President Trump’s widely discredited claim that wind turbines cause cancer and to suggest that bird-kill concerns are exaggerated. They spent most of the hour noting that wind and solar installations, and the maintenance and repair jobs that come with them, could end up being an economic spark in rural Iowa communities looking for jobs.

In an American Wind Energy Association session moderated by Dave Price, political director of WHO-TV and carried live by Politico, the panelists said they hope to see Iowa’s already strong wind industry — one of the largest in the nation — double or triple its size in the next couple of decades.

“Wind energy already accounts for more than 35 percent of Iowa’s power,” and has spared the atmosphere 8.8 million tons of heat-trapping carbon dioxide that otherwise would have contributed to climate change, said Jeff Danielson, central states director of the American Wind Energy Association. “There’s no reason why that can’t double.”

“It’s having a transformational role in these small communities,” said Bill Menner, executive director of the Iowa Rural Development Council.

‘These are recession-proof jobs’

Many of those involve technicians educated by Iowa Lakes Community College in Estherville, where panelist Daniel Lutat works with students who can veer into engineering, repair, maintenance, and other high-demand jobs. “We can’t turn out enough graduates” to meet demand, he said after the event. Many students are paying next to nothing for tuition while working internships and are graduating to jobs that pay $60,000 to $80,000 a year, Lutat added.

“These are recession-proof jobs,” Lutat said. “Somebody has to maintain the infrastructure out there.”

Selinger said wind and solar jobs are part of a mix as IEDA looks for ways to bolster local economies when there is “no magic wand.”

“It’s been impressive to have those stable, well-paying jobs,” Selinger said.

Former Newton Mayor Chaz Allen, executive director of the Iowa Utility Association, worked in the aftermath of massive layoffs after a high-profile plant closure in his city. He said renewable energy is a promising plan in rural Iowa, where jobs can sometimes be short. In Newton’s case, TPI’s construction and operation have brought 1,200 jobs as the company makes wind turbine blades and Trinity Structural Towers brought a couple of hundred more.

“There never was going to be that magic press conference when 4,000 jobs came in,” Allen said.

Kerri Johannsen, energy program director for the nonprofit Iowa Environmental Council, said she is a mother hoping her son grows up in a sustainable world. She added that continued work to promote wind and solar, coupled with transmission and energy storage improvements, are helping.

Do wind turbines cause cancer and kill birds?

Price, the moderator, at one point said his questions had been too easy. So he asked about Trump’s claim that turbine’s cause cancer — a link panelists, scientists, industry sources, other politicians and academics have said doesn’t exist. Price acknowledged that, but asked how the panelists cope with that contention.

“I think we are looking at a bit of an exaggeration with some of those comments” about cancer and bird mortality, Johannsen said. “As far as ecological impact, the coal impact is far worse.”

Price also asked the panelists about proposed temporary bans on wind developments in some parts of the state because of concerns over noise, complaints about what the turbines look like, and questions about public health.

Selinger said it’s important to listen to the concerns and share the benefits of the developments. “You can get through some of the rhetoric,” he said. 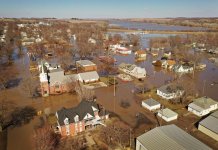 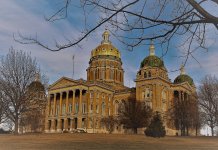