WASHINGTON — The U.S. House voted on Thursday to remove one barrier to adding the Equal Rights Amendment to the U.S. Constitution, but plenty of legal and political obstacles remain.

The House voted 232-183 on Thursday — largely along partisan lines — to approve a resolution that would remove an expired congressional deadline for the ratification of a constitutional amendment to ensure equality for U.S. citizens under the law, regardless of their sex.

The Equal Rights Amendment was first introduced in Congress in 1923 and was passed overwhelmingly by the House and Senate in the 1970s. Lawmakers initially set a March 1979 ratification deadline for states, which was later extended to June 1982. But the amendment still hadn’t gotten the backing of 38 states when that deadline expired.

But this year, Virginia sparked renewed discussions about the fate of the long-stalled ERA when it became the 38th state to ratify the amendment.

The effort faces political opposition in the GOP-controlled Senate and is already ensnared in court battles, but ERA proponents heralded Thursday’s vote as an important step toward enshrining women’s equality in the Constitution.

“This is an historic day, a happy day as the House takes action to move our nation closer to the founding — our founding ideal that all are created equal,” said House Speaker Nancy Pelosi (D-Calif.).

A news release from King’s office refers to the measure as “unconstitutional” and “pro-abortion.”

King said the ERA would require women to register for the military draft, which is currently required of men even though the U.S. has not had a draft since the end of the Vietnam War.  He also said in video remarks on his consgressional website that it “would put us all in a position where we’d be forcing taxpayers to fund abortion. That’s clear whether it’s the National Abortion Rights Action League or several other organizations, the National Organization for Women, who all agree that’s what the ERA would do.”

The resolution to remove the deadline faces an uncertain future in the GOP-controlled Senate and in the courts.

Sen. Benjamin L. Cardin (D-Md.) has introduced a Senate version of the resolution to remove the ERA deadline. His bill has 44 co-sponsors, including two Republicans, Lisa Murkowski of Alaska and Susan Collins of Maine.

The Trump administration weighed in on the issue recently with a legal opinion that the ERA couldn’t be ratified due to the expired deadline. The opinion from the Justice Department’s Office of Legal Counsel said, “Congress may not revive a proposed amendment after the deadline has expired.”

That issue is likely to play out in the courts. Several states have filed a federal lawsuit arguing that the deadline for ratification had expired. Even if it hadn’t, they said, five states — Nebraska, Idaho, Tennessee, Kentucky and South Dakota — have since rescinded their ratifications.

Opponents of the ERA, including congressional Republicans, have pointed to recent remarks from liberal U.S. Supreme Court Justice Ruth Bader Ginsburg as evidence that ERA advocates need to start over. “I would like to see a new beginning” for ERA ratification, she said in an interview.

Legislation has been introduced in both the House and Senate that would effectively start the process from scratch in Congress, but that effort promises to be more politically difficult than getting the votes needed to scrap the deadline.

Many Republican lawmakers argued on the House floor Thursday that the Equal Rights Amendment would be used by supporters to fight abortion restrictions.

“If ratified, the ERA would be used by pro-abortion groups to undo pro-life legislation and lead to more abortions and taxpayer-funding of abortions,” said Rep. Debbie Lesko (R-Ariz.).

Pelosi brushed off that argument on Thursday, calling it an “excuse” for those who oppose the ERA. “This has nothing to do with the abortion issue,” she said.

— Kathie Obradovich of Iowa Capital Dispatch contributed to this report. 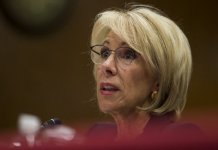 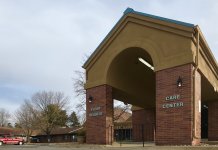