The Iowa Renewable Fuels Association on Friday blasted President Trump over reports that he plans to appeal the 10th Circuit Court of Appeals decision earlier this year ruling against the government’s handling of refinery exemptions that lower demand for ethanol.

It’s Ted Cruz vs. Monte Shaw all over again.

Cruz, a Republican U.S. senator from Texas, has been pushing for regulations that favor oil interests, including the waivers that allow small refineries to escape federal requirements for blending ethanol — a key part of the demand for the corn-based fuel.

Shaw is the executive director of the Iowa Renewable Fuels Association, and used to represent national biofuels interests in Washington, D.C. He has had little nice to say about Cruz or Trump lately. The president’s proclamations have waivered between statements that appeal to U.S. Sen. Chuck Grassley, R-Ia., and farm interests, and contradictory statements that appeal more to Cruz and the oil industry.

Grassley gets the word

Reuters reported Thursday that Trump has told Grassley he plans to join petroleum interests in an appeal of the court’s ruling that the U.S. Environmental Protection Agency abused its authority in granting the waivers. Trump had previously said he would scale back waivers due to the court’s decision, but that prompted oil-state senators to claim refineries would close if they didn’t get a pass on the requirements.

“If not changed, this would go down as one of the worst decisions I’ve seen in 20 years of biofuels policy,” Shaw said in a statement Friday. “When you have a unanimous panel decision, the full 10th Circuit only accepts about 1% of appeals for a rehearing and almost never overturns the original decision. So in return for literally no chance to change this straight-forward and common-sense decision, Trump is on the verge of outraging every farm and biofuel group in the country.

“We could have had a fairly uneventful year (in renewable fuels policy) heading toward November, but this action would seriously threaten Trump’s reputation in rural states,” Shaw said. He then suggested Cruz is misleading the president on a number of fronts.

Shaw said Trump could get caught between this appeal and the EPA’s pending 2019 refinery exemption requests. Using the appeal as legal cover to grant exemptions would backfire, Shaw said: “Such a scheme would provoke an intense response in farm country that is still hurting from previous refinery exemptions, trades wars and now the global impacts of the coronavirus.” 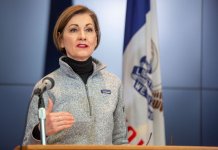