Home COVID-19 Hand sanitizer and mah-jongg: How the Branstads are coping with coronavirus in...
Facebook
Twitter
Email
Print

Ambassador Terry Branstad hasn’t had so much as the sniffles in the time he’s served as the United States’ top diplomat in China.

“You know, amazing thing, I’ve been here in China over two and a half years, and I’ve not even had a cold,” Branstad said in a phone interview from Beijing. He said his wife, Chris, is still playing mah-jongg and walking in the park with other ambassadors’ spouses. And they recently hosted a happy hour at the ambassador’s residence for over 90 people, he said.

His daughter, Allison, and her family returned to Iowa and went through a 14-day voluntary isolation period at home. “They came through that in fine shape,” Branstad said. They’re staying in the Branstads’ Panorama Lake house and the kids are taking classes online, he said. Allison is continuing to teach via the internet to her class in China.

His own travel around the country has been restricted, which is putting a dent in a goal that Iowans will recognize from his time as Iowa governor. “I had a goal to get to every province and I was well on my way,” he said, but since the outbreak he’s not been able to travel outside of Beijing.

During his time as governor, Branstad traveled to all 99 Iowa counties every year.

American business trips to China, including officials from Iowa-based companies, have stopped, he said, although the embassy is still working with Americans in China who are trying to leave. Branstad said he met recently with the American Chamber of Commerce, but had to do that by phone.

The work of the embassy and consulates has also focused significantly on virus mitigation and containment projects. In addition to focusing on the health and safety of their remaining staff and their families, Branstad said they helped evacuate 800 people out of Wuhan and Hubei province, and delivered 17.8 tons of personal protective gear to the area.  Delegations from the World Health Organization, National Institutes of Health and the U.S. Centers for Disease Control have visited, as well as a State Department physician.

No one in the entire U.S. mission has come down with coronavirus so far, he said.  “And so we’re very pleased with that, but we do have a protocol of what would happen if somebody did.”

He’s been issuing all the same advice and warnings that Iowans are getting:  Wash your hands frequently with soap and hot water, don’t go to work if you’re sick.  “And we have this Purell (hand sanitizer) available all over the embassy and at the consulates.”

Despite the need to focus on virus containment, Branstad said he’s pleased with the work on trade and other issues.  “The good news is the Chinese are committed to moving forward with the Phase One trade agreement and they have even announced a number of positive things such as reducing some of the retaliatory tariffs on agriculture products,” he said.

“The exports of pork have gone way up,” he said, which is encouraging even though there have been some problems getting products through the ports. China is again purchasing a byproduct of ethanol called DDGs or distillers grains, which hadn’t happened in a while, and American chickens.  He said there may be some delays because of the focus on fighting coronavirus.

“Obviously, we’re focusing on our immediate priorities but we continue to assess what’s happening in the Chinese economy,” he said.

The former governor also indicated he was aware and concerned about the fact that coronavirus has reached Iowa.

Branstad does have his next trip to Iowa already planned.  “My intention is to come back for the Iowa State Fair,” he said. “I missed it in 2017 and I don’t want to miss it again. … We hope by then things will be pretty much back to normal.” 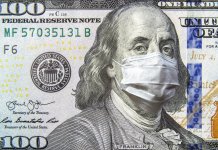 Hand sanitizer and mah-jongg: How the Branstads are coping with coronavirus in China