Home Commentary More COVID-19 testing should not change our behavior. But it probably would.
Facebook
Twitter
Email
Print

What would you do if you received a positive diagnosis of coronavirus?

This is the essential question behind the public policy argument over who should be tested for COVID-19. There are loud and persistent voices in the news media, on social media and in elected office insisting that we can’t possibly respond appropriately to this global pandemic without an accurate count of how many people are actually infected.

Gov. Kim Reynolds and State Epidemiologist Dr. Caitlin Pedati have been arguing against the need for widespread public testing. That could change, as we’ve already seen. Reynolds is under enormous pressure to get her response to the coronavirus epidemic right. Not only could her decisions affect how well the state weathers and recovers from this crisis but her political future is also likely at stake. She’s already behind the curve a bit for saying one day that she wants Iowa to remain open for business and declaring a public emergency that closed many businesses the very next day. Sure, she warned that her decision could change. But people felt blindsided, nevertheless.

This is not a clear-cut issue, no matter how strident the non-experts in infectious disease sound on your Facebook feed. I’m not an expert, either, and there’s still a lot of unknowns about this particular virus.

A big part of Reynolds’ and Pedati’s argument boils down to this: Getting tested isn’t necessary for most people, because a positive test should not change their behavior. The vast majority of people who are sick won’t need medical treatment. There is no antidote, no medicine to cure them. They will be told to go home, isolate themselves from others, cover their coughs, drink plenty of fluids and rest. This is good advice whether someone has COVID-19, the flu or the common cold.

Widespread testing, Reynolds and Pedati argue, also should not change the behavior of those with negative tests. Social distancing is still important as the virus runs its course. A person who tests negative today could be exposed before the day is over, but she might feel false confidence and go out and expose even more people. More testing should not change the public policy position that some businesses should close, most people should work from home and avoid gatherings.

In an ideal world, we wouldn’t need testing to get people to do the right thing. But if you think we’re living the ideal, look no further than the videos of spring break revelers on the beaches of Florida and other party spots. Local authorities were just beginning to close down the beaches late last week. Would more positive testing keep these drunken “covidiots” at home? Maybe not, but it might have encouraged the politicians to act sooner.

In an ideal world, we wouldn’t need testing to get employers to do the right thing and offer paid leave to their employees. We should not make people choose between working sick and possibly infecting others or throwing their families into financial ruin. But some employers may not accept anything other than a positive COVID-19 test to excuse workers.

People don’t react well to uncertainty. That’s why store shelves are bare of bread and toilet paper, even though we’re all still telling ourselves that it’s safe for us to go to the store and stock up.

There are also personal calculations that all of us may be making. I had a brief experience with this just last week, as I was informed that I may have been in contact with someone who has a family member working at Principal Financial Group. A visitor who was in one of Principal’s downtown offices tested positive for COVID-19, the company reported.  The company notified all employees who were in the building that day or in the days afterward that they should quarantine themselves for two weeks.

As it turns out, my contact with this person happened several days before the potential exposure at Principal. But for a few minutes, I was wondering to what extent I really needed to isolate myself based on a hypothetical, third- or fourth-hand exposure. Did I need to contact everyone I’d met face-to-face in the past week? I spent 14 hours in the State Capitol last Monday with several hundred other people. Who would need to be notified? I thought of all the other places I had been: My office, where I’d been in contact with a co-worker and a visiting telecommunications worker who likely visited several other locations that day. The airport, picking up family members. A downtown restaurant’s carryout counter. How far should I ethically go in notifying people?

Would I really need to quarantine myself and my husband for two weeks, even if I developed no symptoms? These questions would be easier to answer if testing were readily available. It also would be easier to get the answers wrong, if a negative test encouraged me to do something other than stay home as much as possible. In a normal world, having a family member come down with a cold or a flu doesn’t quarantine the entire family. But this is not a normal world.

South Korea, which conducted massive coronavirus testing, managed to flatten the curve without imposing draconian, lockdown measures. While it should not make a difference in how we conduct ourselves, it apparently does. We should keep pushing Reynolds and other elected officials for answers about why supplies of testing materials are scarce.

But until we have the resources for widespread testing through private companies, there’s still a need to preserve medical resources for those who really need it. People experiencing the equivalent of mild flu symptoms should not be using the time of medical personnel at our hospitals and clinics — and potentially exposing them and others — just to satisfy their curiosity.

So back to my original question: What would you do if you received a positive diagnosis of coronavirus? Do that now, and maybe you’ll spare someone else the need to ask that question. 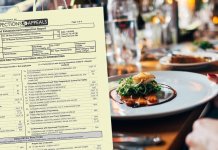 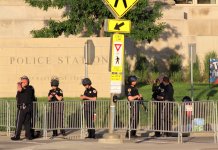 More COVID-19 testing should not change our behavior. But it probably would.