The Iowa Department of Public Health says that of the 107 cases now being tracked, 71 have never — at least yet — been hospitalized; 23 are currently hospitalized; 12 have been discharged from the hospital and are recovering; and one, a Dubuque County resident between 61 and 80 years of age, has died.

Nationally, the rate of hospitalization for COVID-19 cases involving young and middle-age adults ranges from 15% to 20%, and ranges from 31% to 70% for adults over the age of 85.

Demographically, Iowa is one of the older states in the nation, with roughly 17% of the population age 65 or older. That means its population is, generally speaking, more at risk from the effects of COVID-19. Of Iowa’s 145 confirmed cases, 39 involve Iowans younger than 41, and 106 involve Iowans 41 or older.

According to the Iowa Department of Public Health, the locations and age ranges of the 21 new, positive-tested individuals are:

Nationally, there were at least 60,000 confirmed cases of COVID-19 as of Wednesday morning. At least 807 people have died of the virus in the United States, including 285 people in New York state.

“This outbreak is an unprecedented crisis for the entire nation and it’s going to take a whole-of-government approach to limit the spread of the virus and provide economic relief to all of those impacted,” she said in a written statement.

Reynolds had also requested activation of the federal Disaster Unemployment Assistance and Crisis Counseling programs and statewide Hazard Mitigation Assistance funding. Those elements of her request are still being considered. 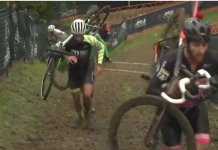 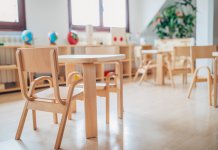 Who’s really responsible for Reynolds’ demand for in-person school in a pandemic? 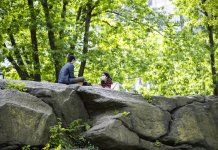 National cycling race moves from Illinois to Iowa because of COVID-19...

Who’s really responsible for Reynolds’ demand for in-person school in a...