Iowa Gov. Kim Reynolds said Tuesday it would be “irresponsible” for her to order a statewide shelter-in-place, even if one region of the state warrants consideration of such action based on the criteria she has established.

“Iowa is not like New York, California or New Jersey. There are different areas of the state that are experiencing different outbreaks,” Reynolds said. “And so it would be irresponsible for me to just do a statewide when according to Dr. (Anthony) Fauci, many of the mitigation efforts that I have put in place are actually aligned with the results that they’re trying to get.”

Reynolds was referring to comments by Fauci, who heads the infectious disease division of National Institutes of Health. He said during a White House press briefing on Monday that he believed actions taken in Iowa and Nebraska were “functionally equivalent” to strict stay-at-home orders issued in other states.

“It’s interesting that functionally, even though they have not given the strict stay at home — what they are doing is really functionally equivalent to that,” Fauci said. He had spoken with Reynolds and Nebraska Gov. Pete Ricketts on the phone earlier Monday.

Fauci previously had questioned why all 50 states were not issuing shelter-in-place orders, prompting Reynolds to question whether he was aware of the measures Iowa had taken so far.

Iowa also recorded its 26th death related to COVID-19: a Benton County resident over the age of 81.

In her daily news briefing, Reynolds underscored the regional nature of her approach to coronavirus. The Iowa Department of Public Health has assigned scores on a 12-point scale to each of six regions of the state, based on a variety of factors such as the rate of increase in cases per capita, the percentage of cases requiring hospitalization and the number of long-term care outbreaks.

Reynolds said the northwest and north-central parts of the state may not need more stringent mitigation measures.

She released hospital-use data for two areas of the state and presented information about how the Iowa National Guard was preparing to support hospitals.

In Region 6, a 13-county area which includes Linn County, there were 50 patients hospitalized with COVID-19 as of Monday, just over half of whom are in intensive care units (ICU).  There were just over 1,000 inpatient beds available in the region and 57 ICU beds. Seventeen patients were on ventilators and there were 110 ventilators available.

Linn County has had the highest number of positive tests in the state so far, with 186 to date.

Iowa National Guard Adjutant General Benjamin Corell reported Tuesday that the Guard has set up six Regional Medical Coordination Centers across the state. Guard personnel at those centers can move medical equipment or even patients if hospitals face critical shortages of resources. 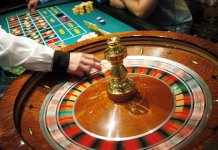 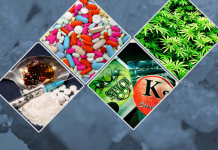