Iowa this week launched TestIowa, the result of a $26 million contract with some Utah-based companies that will provide 540,000 COVID-19 tests to Iowans at drive-through testing sites.

“It has an Iowa touch is how I actually found out about it,” Reynolds said. “I was talking to Ashton Kutcher on the phone about doing the PSA, and in the conversation, talking with him, he asked if I was familiar with what was happening with TestUtah and some of how it looked very promising, and it looked like other states should potentially take a look at that,” Reynolds said during her daily news conference.

Kutcher is a Cedar Rapids native. He provided the voiceover for the state’s public service announcement about the importance of staying at home and social distancing to curb the spread of the virus. He’s also promoted TestIowa on Twitter, challenging other Iowa-connected celebrities to participate.

“He knew one of the individuals that had been working on (TestUtah),” Reynolds said, and Kutcher offered to help her make the connection.

Reynolds said her office then reached out to Utah’s chief of staff and governor, “and we were able to start that conversation and ramp it up fairly quickly.”

TestIowa is a COVID-19 testing and data analysis initiative aimed at providing the state with the information it needs as it considers reopening the state for businesses and public gatherings. It includes an online survey that Iowans are taking to qualify for a test based on their symptoms, exposure or status as an essential worker.

The state contracted with Nomi Health Inc. without going through a public bidding process or contacting other potential vendors. Reynolds said Tuesday she expects federal COVID-19 relief would pay for the program.

Asked why the state did not contact other potential vendors for the testing program, Reynolds did not answer specifically but expressed that she was “intrigued” with the testing capability and assessment offered by the companies involved in TestUtah.

“When I learned about the opportunity to have the access to significant tests, and most importantly the assessment piece that was tied to it, which is extremely beneficial as we start to open things back up and continue to manage the virus … I was very intrigued with the capability that provided,” she said.

More than 121,000 Iowans have taken the online assessment so far at TestIowa.com, Reynolds said. “This overwhelming response tells me that Iowans are ready to take the next step to move our state forward and be part of the solution,” she said.

Many more Iowans have qualified for testing than can be scheduled for tests at this point, she acknowledged. The first tests will be conducted Saturday in a parking lot at the Iowa Events Center. Testing is by appointment only for people who have received approval and have been contacted by email. Reynolds said she considered Saturday’s drive-through testing event a “soft launch” and that more testing sites will be set up soon.

Reynolds had indicated Tuesday that people without computer access could take the assessment by phone. But on Thursday, she said people without computer access would need to work with a “trusted” friend of family member to complete the assessment. If someone qualifies for testing, the information about accessing a test will be sent electronically, she said.

Iowa reported 176 new cases COVID-19 on Thursday, for a total of 3,924 cases to date. State officials reported six deaths for a total of 96 deaths to date. Four of the people who have died in the past 24 hours were from Polk County, with one each from Bremer and Muscatine counties. 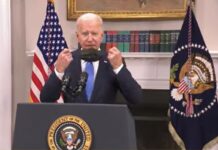