Jonathan Gano’s world isn’t just about fixing potholes and making sure trash gets picked up.

He has one eye upstream at all times.

Gano’s role as central Iowa flood-fighter has led him to work on a $100 million plan to ease runoff and pollution upstream of Des Moines.

He’s public works director for the city of Des Moines. The city was built along the Des Moines and Raccoon rivers, which provide drinking water for close to a half-million people. Area residents have spent extra for Des Moines Water Works to remove a variety of farm chemicals, especially nitrate, from the river water before it reaches taps.

But flood-fighting also is a big deal in Des Moines. Water Works made national news when it shut down the main treatment plant in July 1993 when flood waters surrounded the plant, leaving the city with no running water. (And leading later to the classic Des Moines Register headline when service was restored: And on Day 12, we flushed.)

There has been a series of floods in Des Moines and elsewhere in Iowa since 1993. Last year, Iowans suffered $1.6 billion in damage from flooding along the Missouri and Mississippi rivers.

Gano now is part of a partnership of agencies and nonprofits looking to slow waters rushing down the landscape from the Dakotas, Minnesota and northern Iowa. That work can ease both flooding and pollution. Iowa is one of the key sources of nitrate pollution that disrupts one of the world’s most lucrative fishing areas in the Gulf of Mexico’s “dead zone.”

The city is part of a new $59 million Regional Conservation Partnership Program. The effort is the latest in a $100 million series of projects backed by federal grants in recent years, Gano said in an interview. The project offers landowners and farmers financial aid and technical assistance for conservation work in the North Raccoon and Des Moines River watersheds.

For example, the city of Des Moines committed $2 million for water quality projects in the city as part of the partnership. The Des Moines Metropolitan Wastewater Reclamation Authority agreed to spend $3 million on streambank stabilization projects in the metro.

“Doing everything you can to reduce flood risk requires working with everybody,” said Gano, who has held the Des Moines position for more than five years. Previously, Gano held a series of public works jobs with the city of Springfield, Missouri, from 2004 through 2015. An engineer officer in the U.S. Army before that, Gano has a bachelor’s degree in civil engineering from West Point and a master’s in engineering management from Missouri University of Science and Technology in Rolla.

The work is in addition to more traditional programs through the Farm Bill, which sometimes are more restrictive, Gano said.

“Everybody wants clean water,” Gano said. “Any conservation activity delivers some if not substantial flood control and water control benefits.”

Many of the farm projects include no-till field preparation and the use of cover crops, such as rye or oats, planted in the off season to hold soil.

Gano said farmers also are using bioreactors, engineered underground structures that use wood chips to break down pollutants; buffer strips; and wetlands. Many of those practices slow down rain runoff, which helps reduce river levels and prevent flooding.

The work is being done with help from Iowa Agriculture Water Alliance, the Iowa Soybean Association, the state agriculture department and others.

Gano said the work adds to the city’s $111 million project to raise levees that no longer can meet the threat of a Des Moines River that has higher flows more often than it used to. The city also raised a downtown pedestrian bridge and is fortifying the regional sewage treatment plant along the Des Moines River southeast of downtown Des Moines.

The work is important in part because the Des Moines River dam and reservoir at Saylorville were designed before runoff increased sharply, Gano said. That means there is a bigger threat of the water going over the emergency spillway and complicating flood levels downstream.

“Saylorville was designed in a different era with different rain patterns,” Gano said.

The Raccoon River has no flood-control reservoir, he added.

The work also is key to the $100 million-plus project to develop kayaking runs, canoe accesses and fishing areas in Central Iowa as part of a regional water trails initiative, Gano added.

Wolf said the project will include hiring of area agronomists who will work with ag retailers to inform farmers about the practices and money available to help pay for the projects.

Wolf called the federal aid “a much-needed boost” that is expected, over five years, to spare the North Raccoon River alone 781,000 pounds of nitrogen and 33,600 tons of sediment.

The North Raccoon River runs from Buena Vista County in northwest Iowa to Des Moines. The Des Moines River in Iowa runs from Esthernville to the southeast corner of the state. Both are tributaries of the Mississippi River and run through land mostly used to grow corn and soybeans.

For Gano, the conservation work is about saving lives and properties by slowing the water down. 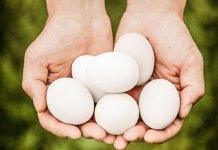 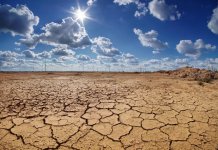 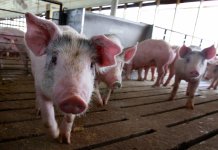 Reynolds: COVID-19 impact on farmers, producers has been ‘devastating’