James Barry, the former Cass County prosecutor who was forced from office over a ticket-fixing scandal, will be paid an annual salary of $135,757 as Muscatine County’s new county attorney.

And for the next eight months, the county will pay $4,000 per month to Barry’s predecessor, Alan Ostergren, to act as a consultant for Barry.

Earlier this week, the Muscatine County Board of Supervisors appointed Barry to fill out the remainder of Ostergren’s term. Ostergren left the county’s employment on May 1 to launch a private practice. In November, county residents will have the opportunity to elect a new county attorney.

Barry doesn’t have a written contract with the county, but his $135,757 annual rate of pay is detailed in a one-page Hiring Process Form with the county. It’s somewhat higher than the salaries of county attorneys in similar sized Iowa counties, such as Cerro Gordo, where the job pays $130,253, and Clinton County, where the annual salary is $127,000.

Factoring in Ostergren’s pay, the arrangement means Muscatine County taxpayers will be paying about 45 percent more than similar-sized Iowa counties that have a full-time prosecutor but no consultant.

According to Ostergren’s eight-month consulting contract with the county, he is to represent the county in all civil matters, and may also be called on to provide advice to Barry on the county attorney’s duties. Ostergren is also obligated to represent the state in any actions involving Muscatine County criminal defendants seeking postconviction relief.

Barry was forced from the Cass County Attorney’s Office in 2004 after the Des Moines Register published a series of stories about his office. Barry had a practice of dismissing speeding tickets in return for the drivers’ written agreement to plead guilty to numerous, fictitious vehicle-equipment violations. Those “violations” didn’t count against the motorists’ driving record, but generated revenue for the county.

In 2009, the Iowa Supreme Court suspended Barry’s law license for numerous violations of the Iowa Code of Professional Responsibility for Lawyers.

At Monday’s meeting of the Muscatine County Board of Supervisors, Barry was unanimously approved to complete the remainder of Ostergren’s term. Supervisor Scott Sauer said at the meeting that Barry “has had some hiccups in his past,” but added, “I certainly don’t have a problem with the gentleman.” Supervisor Santos Saucedo said Barry had “made his mistakes and obviously he’s reformed.”

Supervisor Nathan Miller said he had talked to people who know Barry and who say “the man is completely changed.” Miller said he felts Barry’s hiring was justified in that “we have a desperate need for experience in the county attorney’s office and he was the only one who applied for the position.” 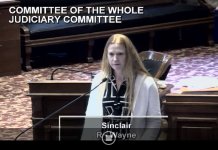 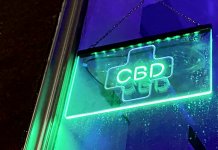