The Iowa Capital Dispatch has filed a formal complaint with the Iowa Public Information Board seeking access to emails and other records that were requested in February.

On Feb. 14, the news organization asked the Iowa Department of Inspections and Appeals for access to the most recently completed annual performance review of the department by the federal Centers for Medicare and Medicaid Service. The federal agency contracts with states to conduct inspections at certain health care facilities, then conducts periodic reviews of how well the states are enforcing federal regulations.

DIA responded by saying “we have confirmed with CMS that the draft documents that they send to us and that we then send back to CMS are not ours to share, and that you would need to submit a FOIA request to the regional CMS office in Kansas City” for the records.

On Feb. 26, the Capital Dispatch asked for all 2019 and 2020 correspondence directly related to the performance review and the news organization’s request for access to those records.

After waiting 21 days and receiving no response to the request, the Capital Dispatch asked again for the emails. Department spokeswoman Stefanie Bond replied that the agency was “extremely busy with COVID-19 response, and our first priority is to the health and safety of Iowans. We will get them to you when we can.”

On April 2, the Capital Dispatch asked whether any steps had been taken to preserve the records “until you have time to work on providing them.” Bond replied that “we follow Iowa Code for preserving agency communications,” and did not respond when asked to elaborate.

On May 6, the news organization asked again for an update and was told the agency was “still working” on the request.

In January, the Iowa Capital Dispatch filed a complaint with IPIB about the public-access policies of Iowa Workforce Development, which was requiring individuals who posed a question or requested a document to submit their requests for information in writing and send them through an online portal.

Citing that policy, IWD refused to consider a record request from the Capital Dispatch about the federally funded Iowa Center for Faith-Based and Community Services. It also refused to answer an emailed question related to IWD’s settlement of a lawsuit between the agency and the nonprofit center.

Iowa’s Open Records Law requires governmental agencies to accept “requests for a copy of a public record received in writing, by telephone, or by electronic means,” and the Iowa Attorney General’s office has long advised state and local governmental agencies that they “may not require that a request must be put into writing.”

After the Capital Dispatch filed its complaint, IPIB Executive Director Margaret Johnson sent a letter to all state agencies, reminding them they are obligated to comply with Iowa law. In her letter, she wrote: “Anyone can submit a request for a public record in person, in writing, by telephone or by electronic means such as text or email.” Iowa Workforce Development subsequently changed its policy. 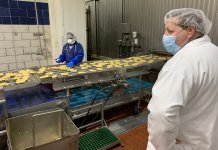 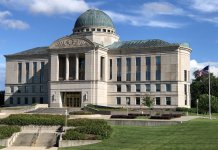 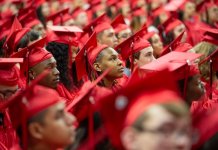