Rival Joe Biden promised to resurrect American norms. That may prove to be the biggest challenge. Like Trump, though, Biden is vague on specifics.

So what are ethical norms?

One philosophical view involves “moral absolutism.” Those who profess it claim that some actions are inherently right or wrong. Moreover, they maintain, you’d have a hard time in any country finding a theorist who disavowed these ethical tenets.

Philosopher Christina Hoff Sommers wrote about them in a 1991 article titled “Teaching the Virtues”:

It is wrong to mistreat a child.

It is wrong to humiliate a person.

It is wrong to torment an animal.

It is wrong to think only of yourself.

It is wrong to steal.

It is wrong to lie.

It is right to keep promises.

It is right to be considerate and respectful of others.

It is right to be charitable and generous.

American history is based on moral absolutism, beginning with the founders’ famous slogan: no taxation without representation. We fought a revolution over that precept.

Abraham Lincoln believed in moral absolutes, too, concerning the dissolution of the Union, something he would not abide. Although he abhorred slavery in his personal ethic, the atrocities of the Civil War eventually pinged his conscience. He wrote the executive order otherwise known as the Emancipation Proclamation and played a key role in the passage of the 13th Amendment banning slavery.

First Lady Eleanor Roosevelt (1884-1962) condemned discrimination in U.S. society. Like Lincoln, she “led from a place of right and wrong, of moral absolutes, whether it was speaking out for the rights of women, or against racial segregation in America,” writes Sophia A. Nelson in her book, “E Pluribus One: Reclaiming Our Founders Vision for a United America.”

Nelson notes that Mrs. Roosevelt was viewed as a woman with immense moral courage. Her detractors saw her as a traitor to her privileged class. “Whatever the criticism,” Nelson states, “she never shrank back. She was determined to live her life on her own terms, and she did.”

Mrs. Roosevelt upheld moral ideals on several occasions. Perhaps her greatest accomplishment concerned her role in establishing the Universal Declaration of Human Rights. The preamble of that historic document states that “disregard and contempt for human rights have resulted in barbarous acts which have outraged the conscience of mankind.”

Last month the George Floyd video outraged the conscience of the world.

Murder defendant and fired officer Derek Chauvin pinned Floyd to the street with his knee as Floyd uttered these heart-wrenching last words: “I can’t breathe. Don’t kill me. Mama! They’re going to kill me.”

Chauvin kept his knee on Floyd’s neck for nearly nine minutes, including two minutes and 53 seconds after Floyd lost consciousness.

The act was barbarous. From an ethical standpoint, the three fired officers who assisted Chauvin also were guilty. They, too, heard Floyd’s forsaken pleas but they did not intervene.

Minneapolis Police Chief Medaria Arradondo said the three were complicit and should be charged. He called the killing a “violation of humanity” and referenced moral absolutes in an interview with CNN.

“The killing of Mr. Floyd was an absolute truth that it was wrong.”

Eleanor Roosevelt advocated intervention in the wake of moral wrongdoing.

But there was a problem. Donors to DAR said only whites could perform on stage, and the organization denied the request to use the Hall for an Anderson concert.

Eleanor Roosevelt interceded. You can read about the entire incident here.

She sent a telegram to Howard University: “I regret extremely that Washington is to be deprived of hearing Marion Anderson a great artist.” She also resigned from DAR, writing:

“I am in complete disagreement with the attitude taken in refusing Constitution Hall to a great artist. You have set an example which seems to me unfortunate, and I feel obliged to send in to you my resignation. You had an opportunity to lead in an enlightened way and it seems to me that your organization has failed.”

Her moral absolutism required further action. Mrs. Roosevelt promoted an outdoor concert for Anderson at the Lincoln Memorial. More than 75,000 people attended. The audience was appropriately diverse. The performance also was broadcast on the radio.

What violations of your moral code would incite you to act as Eleanor Roosevelt did in the wake of unfairness or discrimination? What are your personal moral absolutes? What would you subtract or add to the Christina Hoff Sommers’ list cited earlier?

For instance, would you tolerate racism in a partner? Infidelity? Domestic or sexual violence? No?

Let’s press the issue. Would you tolerate the same in a political candidate … if that candidate also promised you something you desperately wanted?

We might want to assess the role of moral absolutes before casting votes in the November election. 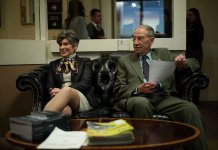 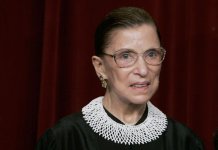 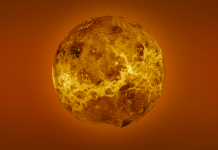 Moral absolutes: Where do you draw the personal and political line?