In the past two years, the state of Iowa has failed to conduct timely investigations into more than 1,200 complaints against nursing homes, according to federal officials.

The state has also failed to conduct timely investigations into complaints about hospitals — in some cases taking four months to investigate matters that should have been handled within five days.

The findings are among those included in two previously undisclosed annual performance reviews of the Iowa Department of Inspections and Appeals. The reviews were conducted by the federal Centers for Medicare and Medicaid Services, which periodically measures states’ efforts to enforce federal regulations at health care facilities.

The records show that in 2018, after DIA failed to handle 62% of nursing home complaints in a timely fashion, CMS instructed the state agency to develop an “action plan” detailing its efforts to address the issue. Despite that, the problem grew worse, and in 2019, 65% of the complaints were not handled on a timely basis.

In both years, the complaints at issue involved allegations of resident harm that required a “rapid response” within 10 days.

DIA officials say they are now taking an “all-hands-on-deck approach” to the problem. In a written statement, agency officials said the department “has worked diligently to fill several vacant positions, use overtime, and utilize temporary employees” to address complaints. Prior to the COVID-19 pandemic, the agency said, it had “markedly improved its timing” on inspections.

Dean Lerner, who headed the agency under former Gov. Chet Culver, a Democrat, faulted Republican Gov. Kim Reynolds for the deficiencies noted in the reports.

Lerner said the findings are a “disgrace” and reflect “a total failure of leadership,” adding that front-line workers and inspectors depend on DIA leadership appointed and directed by the governor.

“Reynolds and her Republican House and Senate have done as promised,” Lerner said. “They have systematically disassembled regulations meant to protect the most vulnerable among us.”

John Hale, a consultant and advocate for older Iowans, said the performance reviews “paint a picture of an organization that’s failing Iowans — failing to timely respond to the complaints of nursing home residents, failing to timely conduct routine inspections, and failing to use taxpayer dollars in an effective manner.”

Hale singled out state lawmakers for what he called their lack of oversight.

“The Legislature seems to be perfectly content to allocate millions of taxpayer dollars to agencies like DIA, and to be indifferent to how those dollars are used,” he said. “The House and the Senate each has a Government Oversight Committee. They should be routinely asking tough questions, and holding agencies accountable.”

When DIA failed to provide the emails, the Capital Dispatch filed a formal complaint with the Iowa Public Information Board seeking access to all of the requested documents.

DIA has since provided the Capitol Dispatch with partial copies of the two performance reviews and redacted versions of the emails.

The performance reviews show that between September 2018 and September 2019, DIA fielded 971 nursing home complaints — “complaints” include self-reported incidents that emanate from the homes themselves — that residents’ mental, physical or psycho-social status were being harmed. The cases were considered serious enough that a “rapid response” by DIA was required, which meant that an on-site visit was to be made by state inspectors within 10 days.

The agency failed to meet that standard in 631 cases, or 65% of the time. In fact, 41 of those homes still hadn’t been visited by an inspector at the time of the CMS performance review, which was concluded in March of this year.

The previous year, DIA fielded 1,041 nursing home complaints that alleged harm and required a rapid response. In 646 of those cases, or 62% of the time, the agency failed to conduct an inspection within the 10-day time frame. In fact, six complaints — including two against the Rolling Green Village Care Center in Nevada — languished for more than 130 days with no inspection taking place.

Rolling Green is owned by ABCM Corp., a nursing home chain run by Richard Allbee of Hampton. Allbee is a major political donor who has contributed more than $20,000 to various candidates and political action committees in Iowa since January 2019.

Toby Edelman, an attorney with the Center for Medicare Advocacy and a nationally recognized expert on long-term care, said it’s important that complaints against nursing homes are handled by state inspectors on a timely basis.

The performance reviews show that in 2017-18, CMS reviewers also cited DIA for failing to conduct timely investigations in response to complaints involving hospitals.

In 16 instances that year, CMS authorized DIA to conduct an investigation, within five days, into a complaint against an Iowa hospital. In six of those 16 cases, the investigations took 51 days to 131 days.

Among the other issues identified in the two performance reviews:

Lerner and Hale say the governor and state lawmakers have also failed to address long-standing problems at the Iowa Long-Term Care Ombudsman’s Office — an agency that is supposed to be an independent advocate for seniors and a watchdog over entities like DIA.

“I and other advocates for nursing home residents have expressed displeasure with the operations of the Long-Term Care Ombudsman for well over a year,” Hale  said. “Here’s the great frustration: Our Legislature, the body that is supposed to provide oversight of how precious taxpayer dollars are being used, doesn’t seem to care.” 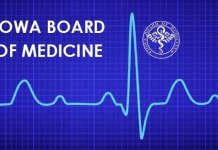 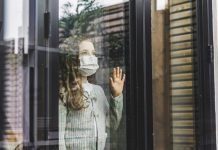 Iowans must fight again for state support of mental health