A lawsuit filed by Polk County in an effort to keep secret records pertaining to certain property owners has been dismissed by an Iowa judge.

For the past three years, the county has fought to keep secret the identity of property owners whose names have been pulled from the search engine on the county assessor’s website. The move makes it impossible for citizens to look up, by name, the properties owned by those individuals and corporations.

“There is no real question that the list of names of people who have been removed from the search function is a public record,” District Court Judge Jeffrey Farrell ruled in a decision issued June 3. “This list is a public record.”

An attorney for the county said Friday that a decision has not yet been reached as to whether the county will appeal Judge Farrell’s ruling.

In his decision, Farrell noted that “I personally requested removal from the website search function after being appointed to the district court bench. That is common practice for district judges in Polk County.”

Although the county still considers the information to be confidential, the list of property owners whose names have been pulled from the search engine was obtained by the Iowa Capital Dispatch earlier this year. It shows that in addition to extending the extra level of privacy to police officers and judges, the assessor has also granted requests made by investors, landlords, insurance companies, banks, brokers, developers, real estate companies and the owners of day care centers.

In addition, dozens of property owners who never requested that level of confidentiality now have it because they purchased the property from someone who did in years past. In some cases, the confidentiality attached to one property has been automatically passed on to three subsequent owners.

In March 2017, Capital Dispatch reporter Clark Kauffman, then with the Des Moines Register, asked Polk County Assessor Randy Ripperger for a list of the more than 2,000 property owners who had requested that their names be pulled from the search engine.

Ripperger refused to provide the list, saying his office had promised the requestors their names would not be made public.

Kauffman then filed a complaint with the Iowa Public Information Board. In March 2019, an administrative law judge held a hearing on the matter. Four months later, the ALJ ruled the list was a public record and determined the county had violated the Iowa Open Records Law.

The county appealed the decision to IPIB, which ruled against the county and affirmed the ALJ’s findings. The county then filed a petition in court seeking judicial review of the matter.

In dismissing the county’s petition, Judge Farrell ruled that the purpose of the Iowa Open Records Law “is to open Iowa’s public records” and that the “presumption favors disclosure of public records.”

Farrell wrote that many of the people who asked for their names to be pulled from the search engine are “police officers, judges, prosecutors, and public officials. These people are already known to the public to various degrees through their employment. The production of a list of their names does not raise appreciable public safety concerns.”

As for the requests made by domestic-abuse victims and health care providers, the judge noted that “their names are known to their abusers and patients, so it is unclear how their safety would be compromised by listing their name.”

He found that “there is some public purpose to share the information so the public has the opportunity to determine if people are using the (search engine exclusion) for the intended purpose. The only real means to investigate this public purpose is to provide the names.”

Farrell wrote that while there are “legitimate safety reasons to prevent easy access to the home addresses of persons who work as judges, prosecutors, defense attorneys, police officers, and public officials,” the reporter’s request was for names, not addresses.

“If the release of addresses were at issue, the assessor might have a compelling argument,” Farrell wrote. 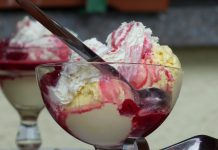 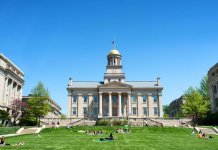 There’s no justification for government shutting the public out 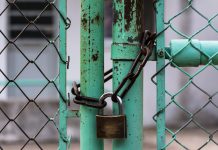