A leader from Des Moines Black Lives Matter was charged with 1st-degree criminal mischief on Wednesday after he allegedly vandalized a police vehicle during a protest outside Hy-Vee Saturday afternoon, according to Sgt. Paul Parizek, spokesperson for Des Moines police.

Matthew Bruce, a leader in the local group, turned himself in to Des Moines police on Wednesday. He was accompanied by state Rep. Ako Abdul-Samad, D-Des Moines, who has become a mediator between local activists and state officials.

Local organizers arranged bail for Bruce and protested outside of Polk County Jail on Wednesday while they waited for his release.

Bruce said he is being accused of vandalizing a Des Moines police car, which was spray-painted Saturday night. A Des Moines police logo was also set on fire outside of the store and protesters danced on top of the vehicle.

After images from Saturday’s protests emerged on social media, Bruce said he believes Des Moines police felt public pressure to arrest people who were in attendance that day.

“That car was an artistic statement. It was a First Amendment statement,” Bruce said. “(Des Moines police) felt they had to do something.”

Cop car is getting covered. pic.twitter.com/Nz30Bd6Ptz

Bruce said officers went to his mother’s home to look for him, though they did not have a warrant for his arrest. On Tuesday morning, he said he received a call from a Des Moines police detective who asked for him to come to the police department, so they could interview him about the car.

Bruce said the police department is showing a double standard by arresting him, instead of the drivers from Saturday’s protest who drove through demonstrators.

Wyckoff Heating and Cooling announced on Monday that it let go of one of its employees after protesters identified Jeff Boucher as the truck driver who drove through a group of protesters off Park Avenue outside Hy-Vee.

He said arresting Bruce was not an attempt to silence his voice, but “this bill falls on the feet of the taxpayers and they need to have accountability,” Parizek said.

Before walking into the Des Moines police department to meet with detectives Wednesday morning, Bruce and Abdul-Samad stood outside and prayed on the stairs.

Initially, Bruce’s bond was planned to be set at $10,000, but negotiations with his attorney helped lower it to $1,000, said Abdul-Samal. He did not specify who was involved in negotiations.

But Abdul-Samad said people should not forget the positive measures that have moved forward, such as the governor’s commitment to sign an executive order granting felons the right to vote.

Reynolds said she will sign an order prior to November’s election.

“We’re building relationships,” Abdul-Samad said. “We have to go back and build relationships and it’s going to take time.”

On Monday night, protesters marched through downtown Des Moines, where Bruce said they were met with police tactics that were meant to confuse demonstrators, including “kettling.”

The controversial tactic arranges police officers on multiple sides of protesters, forcing them to move in a certain direction.

When protesters tried to leave after being ordered to disperse, he said officers arrested them.

The ACLU of Iowa said they have credible accounts of police action showing officers “in violation” of free speech and excessive use of force.

“It’s clear to us that law enforcement leadership is failing to keep officers in line and communicate clearly to them that their role is to protect protesters’ ability to exercise their free speech rights — not to punish protesters for challenging police brutality and racism,” said Rita Bettis Austen, ACLU of Iowa legal director, in a statement.

Bruce said he believed Monday’s police action was in “retaliation,” for Saturday’s protest.

“They’re trying to target me. They’re trying to scare me. They thinking spending a couple hours in that room or my hands behind my back is going to make me think twice about coming out here,” Bruce said. “At the end of the day, we’re not going to stop. We can’t be stopped because police have to be defunded, prisons have to be abolished and all the badges gotta drop.” 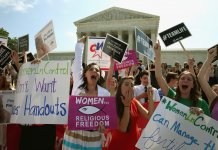 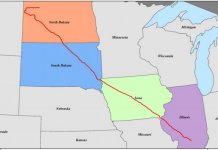 ABOUT US
Iowans value integrity in their government. Free and independent journalism is what keeps our public servants accountable and responsive to the people. That’s why Iowa Capital Dispatch, a nonprofit, independent source for quality journalism, is working every day to keep you informed about what government officials are doing with your money, your freedom and your safety.
Contact us: [email protected]m
FOLLOW US
© Iowa Capital Dispatch, 2020
Adjust Font Size
MORE STORIES