In the midst of the COVID-19 pandemic and far from Washington D.C., the worst of America’s politicians are working to disenfranchise their fellow Americans through a series of policies designed to stall economic relief packages, jeopardize health outcomes for vulnerable people, and create new obstacles for voters.

President Trump has empowered a tight-knit crew of state attorneys general advancing the administration’s interests across the country. In the coming weeks and months, Iowa’s leadership will need to remain fair and independent in the face of political invention by Trump loyalists.

One clear example of Trump’s political maneuvering that pits Americans against Americans for perceived political advantage is the work of Ken Paxton, attorney general of Texas. Paxton has recently sued to loosen public health regulations and ban absentee voting, which have put his rulings on a crash-course with states across the country: red, blue, and in between.

No one can dispute that parts of daily life have changed due to the virus’ spread. While wearing a mask in public and avoiding large gatherings are not fun, they are fairly innocuous guidelines to help limit the spread of a deadly virus.

In Iowa, even Gov. Kim Reynolds had the foresight to set early guidelines that shuttered some higher-risk establishments and prohibited public gatherings of 10 or more, a basic guideline Paxton and his team are fighting. Just last month, he sent letters threatening cities that intend to limit large, in-person gatherings, and begun a fight with cities requiring use of masks in public spaces or even just requiring essential businesses to provide masks to their employees.

Following the Trump administration’s playbook for seeking political advantage, Paxton has also engaged on the hot-button issue of mail-in voting. He recently took a fight all the way to the federal courts, arguing that voting by mail should only be available to seniors 65 or older or those with disabilities. While his mandate was ultimately overturned, Paxton has vowed to appeal the ruling, threatening that election officials offering mail-in ballots could be criminally charged and prosecuted.

Iowans witnessed a similar power play by Iowa Senate Republicans who attempted to limit absentee voting in our state. With more than 411,000 Iowans setting a new record for voter participation in this month’s primary election, Paxton’s lawsuit serves as a reminder of the importance of just leadership under the rule of law.

There is a great deal of smoke behind Paxton’s politically motivated fire visible across his record. Even today, in the middle of this COVID-19 crisis, he is spearheading an investigation into technology companies — the same companies the president and many on the political right chide for “anti-conservative bias” despite years of sharing Trump’s shameless and frequently ill-conceived commentary. It is worth noting that it can be argued that such companies in question have created hundreds of jobs in Iowa and have helped to strengthen our state’s economy.

Trump, Paxton, and their allies are attempting to put their political thumb on the scale of justice. Iowa’s attorney general, Tom Miller, has a strong legacy when it comes to consumer protection issues. Because of this, Iowans expect our attorney general to focus on the most pressing issues of the day, uphold the law, and to stand up against these partisan political scams led by Trump, Barr, and Paxton. 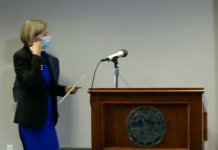 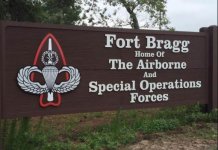