She also pledged to fight a court challenge to a just-signed bill requiring a 24-hour waiting period for abortions, and said the state stands ready to act if COVID-19 infection rates spike again.

Reynolds spoke at a news conference at an ethanol plant in Steamboat Rock.

School districts: No order on masks

Reynolds said it be up to each school district to decide whether students and teacher should wear masks when in-person classes resume this fall. The state last week issued guidelines recommending against mandatory mask-wearing for all students and staff.  Reynolds said a new set of guidelines issued this week by state education and health officials will give districts information they will need to consider changes if the number of COVID-19 cases spike.

That information covers what types of masks to consider, how to launder them, and possible scenarios for group activities, Reynolds said.

“What do you do during lunch snack time?” Reynolds asked, as an  example. “There’s just a lot of things they need to consider and there’s a lot of guidance (in the state documents) they can utilize when making the decision so they’re doing it appropriately and accurately and they’re just really walking through what that process looks like.”

Masks became a contentious issue during the interrupted session of the Iowa Legislature. When the session resumed well into the pandemic, many Democrats wore masks and some wore masks and face shields, which federal health officials say especially help guard against infecting others. Republican lawmakers tended to not wear either.

The U.S. Centers for Disease Control and Prevention didn’t push most Americans to wear masks when the pandemic started, fearing shortages at hospitals and clinics. Later, when supplies improved, the agency recommended people wear masks in public to protect themselves and others.

Changes in state data on recovery

Reynolds said the state is changing how it counts the number of people who have recovered from the coronavirus. The governor said the state previously had not counted as recovered those who didn’t answer messages from state health investigators following up on positive cases, and the recovery rate stood at 62%.

Now, any case in which that happens will be counted as recovered after 28 days, which is equal to two incubation cycles for the virus. Using that approach, almost 80% of Iowans who have tested positive have recovered, Reynolds said.

Reynolds was asked to respond to a court challenge over new legislation, which she signed, requiring a 24-hour waiting period for abortions. Courts have thrown out similar bills asking for longer waiting periods.

“I will do everything I can to protect life,” said Reynolds. I believe in this piece of legislation. We are going to work vigorously to defend it with the assistance of the attorney general’s office.”

Reynolds said she has been encouraged by a drop in hospitalizations, deaths, and the rate of positive cases in Iowa recently. But she added with the Fourth of July holiday looming, Iowans need to continue to keep their distance, wash their hands, and wear masks when close to others.

“COVID, as you know, is not over,” Reynold said. “It is still in our communities, so we need to do our part to contain and manage it, and it replies to every Iowan regardless of age. So as this week marks the Fourth of July, I’m asking Iowans to enjoy the holidays safely and responsibly, because there really are no days off for COVID-19. “

Reynolds announced another round of bill signings Monday. Included were:

HF310: an Act relating to the practice of optometry.

HF594: an Act relating to medical procedures including abortion and limitations regarding the withdrawal of a life-sustaining procedure from a minor child. Includes a 24-hour waiting period for abortions.

“I am proud to stand up for the sanctity of every human life,” said Gov. Reynolds. “Life is precious, life is sacred, and we can never stop fighting for it. I applaud the Iowa lawmakers who had the courage to stand strong and take action to protect the unborn child.”

HF737: an Act relating to the regulation of persons involved with animals other than livestock and certain wild animals, providing for criminal offenses and court orders associated with animal mistreatment, and including penalties.

HF2340: an Act relating to the Iowa educational savings plan trust by permitting the use of funds for certain beneficiaries to attend out-of-state elementary or secondary schools, and including retroactive applicability provisions.

HF2554: an Act relating to the offense of continuous sexual abuse of a child and providing penalties.

HF2589: an Act concerning the medical cannabidiol Act and marijuana.

HF2629: an Act relating to the future ready Iowa Act and other efforts to strengthen Iowa’s workforce, including provisions relating to apprenticeship training programs, a child care challenge program for working Iowans, computer science educational standards, a scholarship program, and the senior year plus program, and including effective date and retroactive applicability provisions.

“Iowa’s greatest opportunity for economic growth is to build a workforce that’s nimble, highly-skilled and filled with lifelong learners. Future Ready Iowa is helping do just that by giving Iowans the skills and training they need to turn their passion into a life-long career,” said Gov. Reynolds. “I appreciate the Iowa legislature’s commitment to this program and giving unanimous support to this legislation.”

HF2641: an Act relating to state taxation and related laws of the state, including the administration by the department of revenue of certain tax credits and refunds, income taxes, moneys and credits taxes, sales and use taxes, partnership and pass-through entity audits, and by modifying provisions relating to the reinstatement of business entities, the assessment and valuation of property, the Iowa reinvestment Act, short-term rentals, special registration plates, and animals and food, and providing penalties, and including effective date and retroactive applicability provisions.

SF526: an Act creating a blue alert program within the department of public safety for the apprehension of a person suspected of killing or seriously injuring a peace officer in the line of duty or due to safety concerns for a peace officer missing while on duty.

SF2259: an Act relating to liability arising from the donation of equipment by a municipality, fire department, emergency medical services provider, or law enforcement agency.

SF2310: an Act Relating to educational instructional requirements and funding flexibility and including effective date and retroactive applicability provisions.

SF2261: an Act relating to the provision of behavioral health services including via telehealth in a school setting. 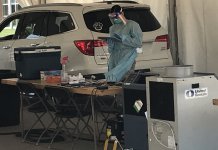