A defense department policy bill passed Tuesday by the U.S. House of Representatives included a proposal co-authored by Rep. Cindy Axne to expand job training for Guard and Reserve members.

The National Defense Authorization Act also included Axne’s language to keep the RC-26 surveillance plane in Iowa under the Iowa Air National Guard. The bill now goes to the Senate.

“Today, we have secured important victories for Iowa, our communities, and the men and women in uniform who help keep it safe every single day,” Axne said in a statement. “Not only have we ensured that the RC-26 will stay in Iowa to help protect our communities from all manner of threats, we’ve also moved common sense legislation to help members of the Air National Guard, Iowa Air and Army National Guard and Reserve service members get the skills and support they need when transitioning back to civilian life.”

Axne previously said she wanted to include the amendment so the SkillBridge program, now available to active-duty service members within six months of ending their service could be offered to members of the Guard and Reserve. She called her language the Transition for Success Act.

The idea is to provide skills training and employment assistance. The SkillBridge program is expected to expand by 30%, Axne said. The program is endorsed by Microsoft, Amazon and the National Association of Homebuilders. 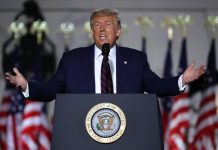