Six former employees at a state-run care facility for the disabled have lost one round in their $10 million lawsuit against the state, but may have had their case strengthened by the state itself.

In February, Dr. John Heffron and Dr. Michael Langenfeld, along with four other past employees of the Glenwood Resource Center, sued the state of Iowa, claiming they faced retaliation for blowing the whistle on former superintendent Jerry Rea’s efforts to perform  sexual-arousal experiments using residents of the home.

The Iowa Department of Human Services, which runs the home, fired Rea in December.

The lawsuit is based in part on the allegation that former DHS director Jerry Foxhoven and others violated the plaintiffs’ First Amendment rights by engaging in a campaign to “silence, punish and remove, by outright suspensions and firings,” the six for complaining about Rea’s actions.

The First Amendment claims were recently dismissed by U.S. District Court Judge Charles R. Wolle, who said the plaintiffs’ exercise of their free speech rights fell within the scope of their job duties at Glenwood and thus were not protected by the First Amendment.

However, Judge Wolle denied the state’s motion to dismiss the plaintiffs’ other claims, which include violations of the state whistleblower protection law, wrongful termination and interference with a doctor-patient relationship.

A central argument in the plaintiffs’ case is reinforced by the recently disclosed findings of a consultant who, at the state’s request, studied the work environment and other issues at Glenwood under Rea’s leadership. Iowa Capital Dispatch reported the consultant’s findings this week.

Mark S. Diorio, a mental health expert from Virginia, completed his study in late May. His report to the state indicates that top administrators at the home who disagreed with some of the actions taken by Rea were afraid to speak up due to fear of retaliation.

In his report, Diorio said members of Glenwood’s executive committee described Rea as controlling and intimidating, and said he created a hostile work environment in which retaliation and fear were common. The culture at the home was “consistently described as authoritarian, disrespectful, non-supportive, toxic, frustrating, retaliatory and unfair” by the staff, Diorio reported.

Those findings parallel many of the central claims in the federal lawsuit.

In addition to seeking dismissal of the First Amendment claims, the state had also sought dismissal of the claims related to alleged whistleblower violations, wrongful termination and interference with a doctor-patient relationship, arguing the plaintiffs had already filed administrative claims for compensation with the State Appeal Board, though the board had yet to decide whether to pay those claims.

Judge Wolle denied the state’s request for dismissal, indicating he would revisit the issue in October after giving the State Appeal Board time to address the plaintiffs’ claims.

Another factor in the litigation could be the findings of the U.S. Department of Justice, which is now in the eighth month of a broad investigation into problems at Glenwood.

DHS Director Kelly Garcia says she has heard nothing from the DOJ about its findings or any potential recommendations for changes. “It’s radio silence right now,” she said.

As for Diorio’s 117 recommendations for changes, which include the hiring of 108 additional residential treatment workers, Garcia said the department is already working on staffing issues.

Diorio found that Glenwood needs 416 residential treatment workers to provide minimal coverage for residents’ needs, but has only 308 such positions. He labeled that “a major problem (that) will result in significant mandatory overtime,” which last year totaled $3.3 million. 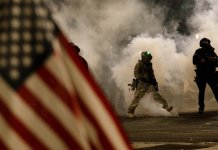 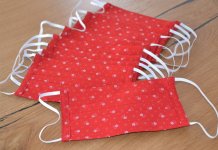 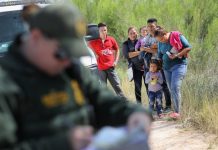