A majority of Iowa’s health care providers believe privatized Medicaid has failed to live up to the promise of improved, more accessible medical care.

Those and other findings were reported Monday by Auditor of State Rob Sand, a Democrat, who has long questioned the GOP-led initiative to privatize the management of the state’s Medicaid system.

“These numbers speak for themselves,” Sand said at a press conference. “When we asked whether or not the privatization of Medicaid had been beneficial to the quality of care that Iowans are receiving, 6.1% of respondents felt that it had, and 51.5% of respondents felt it had been negative.”

“Our program also includes stronger accountability measures and we withheld funds from an MCO that did not pay providers on time,” he said. “Oversight of our managed care organizations is essential to ensuring providers are supported by timely and accurate payments so they can continue to provide critical care for Iowans.”

Prior to 2016, the state of Iowa managed the $5 billion Medicaid system that pays for the medical care received by low-income and disabled Iowans.

At the time, Gov. Terry Branstad, a Republican, said the move would save money for the state and provide better quality care for Iowa’s Medicaid recipients, a position maintained by his successor, Gov. Kim Reynolds.

From the beginning, the privatization effort has been criticized by patient advocates and by some care providers who claim it has increased bureaucratic hurdles and made it more difficult for patients to access care and for care providers to collect payment.

The question of savings has been clouded by uncertainty over whether the state’s increased spending on Medicaid would be even greater without the managed care companies in charge of the program.

Sand’s office surveyed 2,600 of Iowa’s nearly 12,000 health care providers to determine how they viewed privatization. Hospitals were oversampled, and the auditor attempted to survey other providers — optometrists, therapists, chiropractors, etc. — in proportion to each profession’s presence in Iowa, but otherwise the survey recipients were selected at random.

Of those who responded, 54% said privatized Medicaid has “harmed or impeded” access to care in Iowa, while roughly 10% said it has “improved or facilitated” access.

Among the other findings in Sand’s report:

Sand has recommended that the state consider the viability of establishing a single set of policies, procedures, and requirements to be implement by all current and future MCOs with which contracts are established. 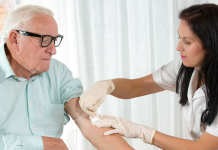 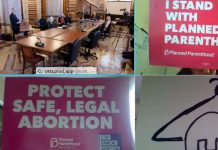