The state also wants to decide where the developments will be built.

On Friday, Sens. Waylon Brown of Osage, Zach Whiting of Spirit Lake and Mark Costello of Imogene announced their opposition to the rule, which has drawn hundreds of comments, many of them in opposition.

“I have a number of concerns about these proposed rules from the Iowa Utilities Board,” Whiting said in a statement. “My principal concern is the dramatic expansion of eminent domain authority the IUB appears to give itself. Private property is one of the fundamental aspects of our republic.

“Eroding those rights through administrative rule-making conflicts with the founding principles of our state and nation,” Whiting said. “My fellow Republican senators and I look forward to working with the other members of the Administrative Rules Review Committee members to implement a session delay should these rules continue to advance.”

If approved by the committee, a session delay would allow the Iowa Legislature to consider the matter before the rule takes effect. The committee’s next meeting is scheduled for Aug. 11.

“I applaud the leadership of my colleagues on the Administrative Rules Review Committee to address this administrative overreach,” Whitver said in a statement. “I look forward to working with the House of Representatives and governor next session to make sure Iowans’ private property rights are protected.”

The proposed rules would give the utilities board jurisdiction over the siting and construction of renewable energy facilities; allow the state to overrule local zoning of the developments and allow a developer to condemn private property for approved projects.

MidAmerican Energy testified that it doesn’t want to condemn property for developments, but if the state is going to govern siting, it should include eminent domain in the rule, the Des Moines Register reported.

In a filing with the board, Audubon County farmers Michael and David Abildtrup, representing a century farm, passed along their “vehement opposition to eminent domain in rural areas.” They said they wanted to “solidly state our support of home rule as the optimum method of managing land use” and added that, in their view, the local county supervisors had a better understanding of local issues “than someone 100 miles or more away.”

The utilities board pursued the rules after a series of local controversies over sitings, hoping for a more uniform response, E & E news reported.

The board contends the rule builds on its previous rules governing developments.

Environmentalists have split on the issue, with some supporting the rule as a way to make it easier to comment on projects, and others worrying some wind and solar projects already in the works — some of which have been blocked by the board — might disappear. 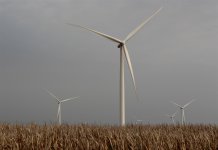 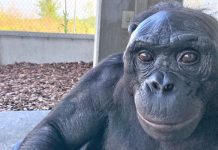 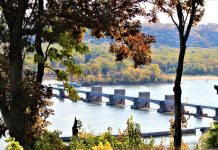