I’m giving away my age — or maybe some indication of the amount of stuff tucked away in my cranium.

One of the useless tidbits stored there was a comment Ricky Ricardo supposedly made on the “I Love Lucy” show 60 years ago: “Lucy, you’ve got some ‘splainin’ to do!”

Today, Ricky would be making that comment not to Lucy but to the federal government.

Instead of wanting to hear about some crackpot idea his wife cooked up, Ricky would want to understand the $765 million loan you and I and every other taxpayer are making to Eastman Kodak Co.

This is the 132-year-old company whose cameras and film made “Kodak” synonymous with photography — synonymous until the company’s failure to adapt to the digital photo revolution cut the legs out from under its business.

Since filing for bankruptcy in 2012, Kodak has evolved from its focus on photography and is trying to serve customers in commercial printing, graphic arts, publishing, packaging and entertainment.

But that has not been easy. The company has struggled.

Back to that federal loan:

Taxpayers are making a hefty bet on Kodak. It’s certainly not a sure bet, because Kodak was not able to succeed when digital cameras, mobile phones and home printers changed the way people shoot pictures and get their photos printed.

The United States is not making this loan to enable Kodak to expand in its areas of expertise. Instead, taxpayers are providing the cash so Kodak can enter an entirely new business area — manufacturing ingredients for generic prescription medicines, including hydroxychloroquine, the anti-malaria drug that some people think is a treatment for coronavirus.

One of the government’s goals is to bring the production of prescription drug ingredients back to the United States, reducing the U.S.’s dependence on other countries, particularly companies in China and India, for these ingredients.

That’s a worthy goal. The problem is a serious one, as the coronavirus crisis taught us.

I am not critical of President Donald Trump for this government initiative. But I do wonder why turn to a company with zero experience making drug ingredients? Ricky would want the government to ‘splain that.

That’s what you call it when the government decides to pour a huge loan into one company but not other companies, especially if those other companies are experienced producers of generic drugs.

I am also old enough to remember the howls of protest after the 2008 presidential election when Democrats in Congress advocated for a $25 billion bailout of the U.S. auto industry, which was brought to its knees by the financial crisis during the great recession.

Sen. Richard Shelby, an Alabama Republican, said at the time, “They’re not building the right products. They’ve got good workers, but I don’t believe they’ve got good management. They don’t innovate. They’re a dinosaur in a sense.”

He was referring to the U.S. auto companies. But his comments about companies failing to innovate and being a dinosaur could apply to Kodak, too.

The government’s desire to bring pharmaceutical production back to the United States comes with a big caveat — a caveat called economics.

Drug makers in the United States turned to factories overseas to source many pharmaceuticals because the costs in China and India were significantly lower than if production remained in the U.S. That cheaper overseas labor is the main reason U.S. companies have shifted their production of a multitude of consumer goods — from home appliances, to clothing, to electronics — from factories here to plants in other countries, especially Asia.

That carries with it one important consequence:

Anirban Basu, a University of Washington professor of health economics, told the L.A. Times that he does not understand why U.S. drug companies would purchase higher-priced ingredients from Kodak, rather than cheaper ingredients from overseas, “unless the government puts out a regulation forcing them to do so.”

Such a requirement likely would mean consumers having to pay more for generic drugs at their local pharmacy.

Of course, bringing production of drug ingredients back stateside will mean more jobs at Kodak. But consumers may have Ricky Ricardo’s words ringing in their ears if drug prices increase as a result of the Kodak deal. 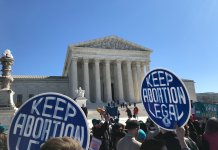