Backers say the new law will help thwart election fraud, while opponents say it will make it harder for people to vote if they have made obvious, honest errors in filling out the request forms.

The architect of the new law is Iowa’s top elections official, Secretary of State Paul Pate, who appears to have committed obvious errors of his own in filling out those request forms in the past.

In both 2008 and 2010, Pate submitted absentee-ballot request forms in which he wrote his name on the line provided for his driver’s license number and last four digits of his Social Security number.

He also wrote in his address where his name was supposed to appear.

In 2008, 2010 and 2013, Pate didn’t provide his driver’s license number or, in the alternative, the final four digits of his Social Security number. The numbers were  requested on the form, but were not required. In other years, Pate provided one set of numbers or the other. Under current law, omitting an ID number would require a county auditor to contact the voter, Pate, to verify the information before a ballot could be sent.

And on at least three occasions between 2006 and 2017, Pate neglected to date the affidavit portion of the form where his signature appears. The signature and date are flagged as “required information” on the request form.

Pate says that since the driver’s license number and Social Security digits weren’t required, that’s not an issue. As for providing his name and address on the wrong lines of the form, he said that wouldn’t have triggered any sort of review at the county level, or disqualified his request for an absentee ballot, since the information was still present in other areas of the form.

“Because these are manually processed, it’s not an issue,” he said. “It doesn’t cause a problem at all. The information is provided. They have it.”

The Iowa Legislature approved controversial voter ID legislation in 2017 that required voters to show identification at the polls. Voters filling out an absentee ballot request are required to provide a driver’s license number, state issued non-operator’s ID, or a four-digit personal ID number that was provided by the secretary of state’s office.

Prior to this year’s legislation, county auditors were required by law to use “the best means available” — which often included the voter-registration data that’s maintained by the auditors themselves — to obtain information that a voter either neglected to provide or had reported in error on their absentee ballot request form.

Now, if such a request contains mistakes or omissions, auditors are required to contact the individual by telephone or electronic mail within 24 hours of receiving the request. If the voter can’t be reached by those means, the auditors can mail a letter seeking the information, but “shall not use the voter registration system to obtain additional necessary information.”

The law is modeled after an administrative rule authored by Pate and struck down last year by Polk County District Court Judge Karen Romano, who wrote that it was “irrational, illogical, and wholly unjustifiable” to prohibit county auditors from using their own voter databases to collect information for the absentee-balloting process.

In response to that ruling, Pate said at the time that “Judge Romano’s decision puts the integrity and security of Iowa’s elections at risk, by making it easier to cheat. The purpose of this rule is to ensure that county auditors obtain information missing from an absentee-ballot request form from the source: the requesting voter.”

In July, after state lawmakers codified the rule struck down by Judge Romano, the League of United Latin American Citizens of Iowa filed a lawsuit against Pate’s office, saying the new law is simply a renewed attempt to suppress voting.

The lawsuit, filed in Johnson County, also argues that the new law is “nonsensical”  when one considers the fact that if voters without other approved identification do not know their “absentee ID number,” they must contact their county election official. Before county officials can provide the number, they first must confirm the applicant’s identity by verifying details such as address, date of birth, and full name by consulting the same voter registration database they’re prohibited from reviewing when a request form is submitted that’s missing the absentee ID number. 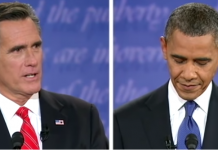 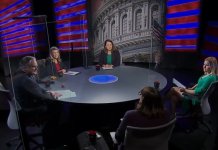