An Iowa store clerk frustrated with people’s refusal to wear protective face masks quit his job after showing up for work in a shirt that read, “No f—ing mask, don’t ask for my help.”

Iowa Workforce Development records indicate that on May 14, Adam Archer quit his job at one of the 18 Iowa stores operated by Theisen’s, a retailer that specializes in home, farm and automotive products.

According to records, Archer began working at the store in 2019. In March of this year, he began having concerns about the COVID-19 pandemic as he had children in school and did not want to be exposed to the virus.

He took a leave of absence in late April, and when he returned to work in early May he was dissatisfied with the store’s efforts to protect employees from the virus.

At a subsequent hearing dealing with his request for unemployment benefits, he said he saw co-workers not wearing their face masks properly. He also noticed that some of his colleagues were not following cleaning and disinfecting guidelines in the store.

He reported his concerns to his boss, but remained unsatisfied with the store’s response. On May 12, he arrived at work wearing a T-shirt that said, “No f—ing mask, don’t ask for my help.” He was reprimanded for violating the store’s customer-service policy, and on May 14 he quit.

At his unemployment hearing, Archer argued his employer didn’t take his concerns seriously, and said he did not agree with the reprimand he received.

He was initially awarded state unemployment benefits totaling $3,190 as well as $6,000 in Federal Pandemic Unemployment Compensation benefits. The store appealed that decision and Administrative Law Judge Duane L. Golden ruled that while Archer’s decision to quit “may have been based upon good personal reasons, it was not for a good-cause reason attributable to the employer.”

He ruled that Archer was not eligible for unemployment benefits and must repay the $9,190 already collected.

Other Iowans recently denied or awarded unemployment benefits in coronavirus-related cases include: 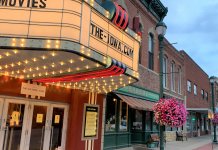 Store clerk is jobless after wearing a shirt that says, ‘No f—ing mask, don’t ask for my help’