Des Moines Water Works is eyeing a $50 million expansion that would include wells along the Des Moines River north of downtown. (Photo by Perry Beeman/Iowa Capital Dispatch)

Members of the Des Moines City Council on Monday praised multimillion-dollar water trails projects downtown, but said the city must keep its promises to neighborhoods while looking for cash.

Council members at a Monday morning work session discussed an initial $32 million project in Des Moines that is part of a regional $117 million plan to create kayak runs, fishing spots and better access for canoeing and birdwatching across Central Iowa.

The ultimate cost to the city depends on how many facilities the council thinks the city should help build along the river, City Manager Scott Sanders said. There is talk of parking lots, bathrooms, changing rooms, and canoe-rental shops, but many of the improvements could be built over the next 20 to 25 years, council members said.

Sanders said the city would own and maintain many of those facilities, though a nonprofit organization might own and maintain the elaborate whitewater course that would replace the Center Street dam.

Backers have raised more than $17 million for the water trails project. The federal government approved a $25 million grant for early work that would include facilities at Prospect Park, Birdland Park, and Harriett Street in addition to replacing the Scott Avenue Dam with a series of drops for kayaking.

The Center Street dam would be replaced as part of the broader project. Since the turn of the last century, at least 18 deaths have been recorded at the Center Street and Scott Avenue dams combined after paddlers or boaters went over them and got caught in the churning waters below.

Councilman Joe Gatto and other council members said they want to make sure the water trails project — which isn’t in the city’s most recent capital improvements plans — doesn’t affect the neighborhood improvements. The city promised certain projects before residents approved a local sales tax that generated $38.1 million in its first year. The coronavirus pandemic is expected to reduce that revenue for a time.

“I think it’s a great project. I think it’s a game-changer,” Gatto said. “But we’ve got to look at what’s in our budget as the city of Des Moines, what we promised the neighborhoods we’re going to put back into the neighborhoods and this wasn’t part of it. We’ve made significant cuts to our (capital improvements budget) this year alone, of things we promised our residents.

“So it’s hard for me to stand on the mountaintops and scream that this is going to happen,” Gatto said.

Gatto said early discussions centered on the city paying $20 million to $25 million for the improvements over a couple of decades and perhaps $2 million a year for maintenance.

Sanders said his fear is that $500,000 a year the city had considered spending on related work will be exhausted by this first batch of projects. Sanders said the city parks department is analyzing projected expenses.

Maggie McLelland, project manager for the Great Outdoors Foundation, which is leading the private fundraising, said the city’s share of costs will depend largely on what the City Council decides it wants to build for amenities.

Councilwoman Linda Westergaard asked about plans to teach novice paddlers about safety. “The river is king and I’m concerned that people are going to get on the river and not understand what their challenges are,” Westergaard said.

Westergaard added that the city staff needs to continue asking neighborhoods to comment on plans. Several, including Union Park across the street from the planned Birdland Park marina area improvements, would be affected. 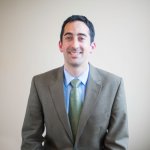 Councilman Josh Mandelbaum said the city can easily stage the projects to address Gatto’s and Westergaard’s concerns about the neighborhoods, which he shares.

“I think this is a great project, and I think we should be working to help solve problems and figure out how we can keep things moving forward,” Mandelbaum said.

“I do think we will need full bathrooms eventually, but I don’t think we need to put them in right away,” and they could wait until the Center Street dam is replaced with a whitewater course, Mandelbaum said.

“I think we need to address the full range of investment and operation and maintenance as part of that process. But I don’t think we need to say that every single thing needs to be done upfront, particularly if they have questions about how this could change if the next phase of fundraising isn’t completed,” Mandelbaum added.

Consultants have said that by year five, the water trails in central Iowa would bring an annual economic boost of $26 million to $32 million.

Sanders said the city should have a better idea on its costs in a few weeks.