The Des Moines school district’s request for court intervention that will allow it to start the school year 100% online was denied by a Polk County judge Tuesday.

District Court Judge Jeffrey Farrell ruled that while the school district showed it could suffer irreparable harm by holding classes in person, a law passed by the Iowa Legislature does not allow the school district to opt out of the state’s 50% in-person attendance requirement without permission from the Iowa Department of Education.

“The in-person attendance requirement is a matter of state law, not local control. The Legislature has repeatedly reinforced that it prefers in-person learning even as it allowed some leniency during the pandemic,” Farrell wrote.

Des Moines Superintendent Thomas Ahart said he was “disappointed” in a statement and argued local control is necessary for handling the COVID-19 pandemic.

“The school board proceeded with online learning only after serious consideration of all options, due to the alarming rise of COVID-19 in our community,” Ahart said. “Local control has long been at the heart of school operations in our state. In these unprecedented times, we need more flexibility, not less, and we believe that is what the Legislature intended to provide us.”

Then, a little over two weeks later, Reynolds issued a proclamation requiring schools to provide at least 50% of their instruction in person, leaving some school districts scrambling to reconfigure their plans.

On July 30, Reynolds announced the thresholds that school districts must meet before they can request approval to move to virtual classes. The requirements include a 15% community infection rate and 10% student absenteeism.

Des Moines, which is the state’s largest school district with 32,545 students, started the year on Tuesday with 100% online learning. The DOE had denied Des Moines’ request to go virtual because Polk County hasn’t reached the 15% infection rate threshold.

“On our first day of school for 2020-21, a day when Central Iowa remains one of the nation’s top COVID-19 hot spots and yet another day that Polk County is no closer to meeting the metrics that would indicate we can safely return to in-person instruction, Des Moines Public Schools received the court’s denial of our request for an injunction,” Ahart said.

Des Moines schools argued the DOE erroneously interpreted Senate File 2310, which was unanimously passed by the Legislature dictating how the school year will look.

Reynolds has argued the bill requires the majority of schooling to occur in person.

Farrell agreed with the state’s interpretation and said the Legislature’s intent when it unanimously passed SF 2310 was to give priority to in-person classes, even if it is not the best policy decision.

“The question is not whether the governor and DE has made a better policy decision than the seven-person elected board of the DMSD,” according to the order. “The question is which government body is authorized to make the decision. This is an area in which state law controls.”

However, the court also acknowledged the state’s argument that in-person classes are important for mental health and development. The majority of Des Moines’ families surveyed by the school distrct said they want some form of in-person learning.

Though Farrell acknowledged the school district proved there could be irreparable damage, ultimately, Des Moines failed to show how Iowa law would allow it to go 100% virtual without permission from the DOE.

“The language in the governing law and SF 2310 does not permit DMPS to implement a return to learn plan that primarily provides for remote learning without authorization from the governor,” Farrell wrote. “The governor, through the conditions laid out in her emergency declaration, has not granted such authorization.”

In a statement, Reynolds said she supports the court’s ruling.

“The court’s decision today recognizes that we are correctly interpreting Iowa law, and I remain committed to working with Des Moines Public Schools on their return to learn plan so that it meets the educational and health needs of Iowa’s children,” Reynolds said.

A district court judge ruled that it is within the state’s authority to determine when schools can go virtual.

The Des Moines school board will meet in a closed meeting on Wednesday with the district’s legal counsel to determine next steps. 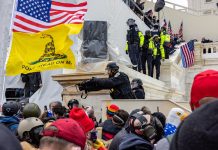 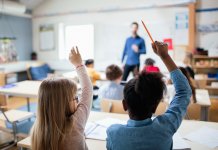