Twenty years ago, when the death of 2-year-old Shelby Duis outraged Iowans, I was confident the Spirit Lake tragedy would soon bring change to our state.

I probably was naive.

In 2016, when Natalie Finn, 16, was found near death in a middle-class neighborhood in West Des Moines, I was confident that tragedy would bring change to our state.

I probably was naive. Again.

In 2017, when Sabrina Ray, 16, was found dead in her home in Perry, I was convinced the time for change was imminent.

I probably was naive. Once again.

So little has come from the deaths of these three children to prevent similar tragedies in the future. That is a tragedy itself, because state officials appear more focused on the optics, rather than the reality, of dealing with these entirely avoidable deaths.

The state ombudsman’s office issued a 146-page report last week on the Sabrina Ray death. As with the earlier deaths of Natalie Finn and Shelby Duis, the lack of curiosity by employees of the Iowa Department of Human Services about tips they received concerning these three girls should trouble every Iowan.

And every Iowan should be demanding to know why a committee created 20 years ago to examine the circumstances of the deaths of children from abuse or neglect has not met even once since it was formed.

Read that again. The committee has not met even once in 20 years.

The circumstances of these girls’ deaths are horrifying — and that makes the lack of follow-through by the Department of Human Services even more astonishing and aggravating.

Sabrina Ray, 16, died in 2017 at her adoptive parents’ home. She was lying on a small mattress on the floor of her bedroom, wearing only a tank top and an adult diaper. A police officer said she was “nearly withered out of existence.”

She was so malnourished that her skeletal features were evident through her skin. She weighed just 56 pounds. The autopsy concluded she had been starved over a long period of time.

There was evidence a padlock had been placed on her bedroom door to keep her inside.

Even more inexplicable, her parents ran an in-home child care center that was licensed and inspected by the Department of Human Services. The couple also had a DHS foster care license, and a total of 23 foster children lived in their home over a nine-year period.

Sabrina’s parents had been the subject of 11 child abuse allegations between 2010 and 2015, including one about the denial of “critical care” for one foster child and another about a 5-year-old foster girl who told her teacher she was locked in a closet for defecating in her pants.

The state ombudsman’s office concluded “there were plenty of official eyes and ears on this family.” But there was inadequate communication among DHS officials and contractors who assisted those officials, and officials were too accepting of the couple’s explanations of the complaints.

One foster care contractor made several reports about suspected abuse of foster children in the Ray home, but the contractor was silenced by her supervisors, the ombudsman said.

Natalie, a 16-year-old, died in 2016, hours after paramedics were summoned to her home and found she was not breathing. She was emaciated and extremely malnourished and was lying in her own waste on the floor of the empty room where she slept.

In the years and months before Natalie’s death, there were periodic reports to authorities from concerned citizens. They saw her and her siblings begging for food or money, not wearing adequate clothing, or telling these citizens they were confined in a room at home for hours and were not allowed to eat.

Shelby Duis was living with her mother and her mother’s boyfriend in 2000. Both were regular users of methamphetamine, according to testimony at their trials.

Pathologists told jurors about the horrific nature of Shelby’s injuries — the broken bones, numerous bruises on her head and neck, and the signs of sexual abuse.

Troubling, too, were the findings by the state ombudsman’s office into the way Iowa’s child protection system responded to reports from concerned neighbors, child-care workers and medical professionals who examined the girl’s injuries in the weeks and months before her death.

That is a common thread in the ombudsman’s reports on the three girls.

There is a troubling lack of documentation by DHS of the calls and concerns that were received from people worried about possible child abuse. Better retention of such documents could provide important context about these tips, the ombudsman concluded.

There’s another thread that should anger Iowans:

Following Shelby’s death in 2000, the Legislature created the Child Fatality Review Committee to investigate deaths involving children whose care involves DHS. The Legislature wanted experts to determine whether people involved with a case had handled it appropriately.

Even though 25 Iowa children died from abuse or neglect in 2019 — the most in a generation, according to the Des Moines Register — the review committee has never met since its creation 20 years ago.

There has long been a tug-of-war between those who think DHS is too aggressive, or not aggressive enough, in stepping in to cases of suspected abuse or mistreatment.

Surely, the Child Fatality Review Committee should be used to provide some expert analysis to guide policymakers.

Surely, kids like Shelby, Natalie and Sabrina cannot become the price that Iowans just have to accept for the all-too-lax actions of state officials. 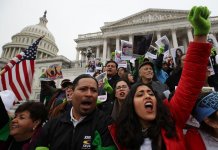 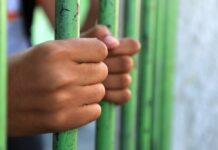