Iowa gets plenty of national buzz as home to the first-in-the-nation presidential caucuses.

But ask out-of-staters what they think of Iowa, and many struggle to form an image beyond the obvious corn-and-ag “American Gothic” cliches.

That, business leaders say, can be a challenge when they try to lure workers to Iowa and keep them here.

Des Moines community leaders hope to change that in the spring, when the nation’s biggest skatepark opens on the west bank of the Des Moines River downtown.

The $7 million, Olympic-caliber Lauridsen Skatepark, designed by industry leader California Skateparks and local firm Snyder and Associates, is notable not only for its sheer size and mix of bowls, but also for its location.

The attraction is next to the site of a future adventure park with a whitewater course in the river and ziplining over it. Both sites have downtown views and are along the Principal Riverwalk.

“Picture when the water trails are done,” said Kristi Knous, president of the Community Foundation of Greater Des Moines. “And you will have the ziplines across the river and the high adventure park. It’s just going to be incredible.”

First proposed by AMOS (A Mid-Iowa Organizing Strategy) in 2004, the skatepark is on 2 acres of land donated by the city of Des Moines. Polk County is running the construction project, managed day to day by California Skateparks project manager Sergio Acosta. The county will own the facility.

The skatepark also will be tied into the Principal Riverwalk, a 1.2-mile loop that features pedestrian bridges, an amphitheater, a restaurant/bar overlooking the river and places to watch the skateboarding on a site with a view of the Capitol.

The cost nearly doubled the past several years as local leaders expanded the size of the facility and added a viewing gallery with next-door restrooms. The park was supposed to open in 2019, but additions to the plans and delays in construction pushed the opening back.

Workers had to fortify the base when they discovered the soil makeup wasn’t what they needed, Acosta said. Polk County Supervisor Angela Connolly added that the COVID-19 pandemic disrupted supplies and work schedules. Rain also has delayed things at times.

However, Connolly said in-kind donations have helped keep the project close to budget. Philanthropists Nix and Virginia Lauridsen donated $1.6 million to lead fundraising. Leaders in the Community Foundation of Greater Des Moines and the state’s Community Attractions and Tourism program also allocated hundreds of thousands of dollars for the project, which has drawn many local donations.

The facility is expected to draw major events, possibly even Olympic Trials. Skateboarding was added as an Olympic sport for the Tokyo Olympics, which were delayed in July due to the coronavirus and now are scheduled for 2021.

“This is going to attract the regional and international events because there’s no doubt about it, we’re going to have the Olympic trials,” Connolly said. “This is what we wanted.”

Kristi Knous, Community Foundation president, said the 88,000-square-foot mixture of runs, finished by hand, has bowls designed for all skill levels. The development includes a large sculpture that spells, “WOW,” and is designed for skateboarding.

Connolly said she heard from a man who is buying a couple of rental properties in Des Moines because of the project. “He said, ‘I don’t think Des Moines really understands how much of an advantage that they have with this largest skatepark in the country.’ He’s thinking he’s going to buy a couple of properties to offer on VRBO because he knows it is going to be unbelievable.”

Acosta said workers have to be trained for a month or two before they can work on the site, where all concrete finishing is done by hand. The surfaces have to be completely smooth for skating.

“We call it concrete art, because not every person can do the type of work the way we work,” Acosta said. The concrete is poured 6 inches thick, 2 inches more than many parking lots and roads. Acosta said the surface will last decades, most likely well beyond the 30-year life of many conventional surfaces.

In addition to a series of bowls and the sculpture skateboarders can use, the area will have a promenade also available for skating. A grassy spectator park was added along Second Avenue to make it easier for people to watch the action.

Acosta, who lives east of Los Angeles and works on projects around the country, said the Des Moines facility may have a limited soft-opening yet this fall. But workers are active on the site, so details are tricky.

He likes what he sees at the site of the nation’s largest skateboarding hangout.

“These guys have been doing a really good job,” Acosta said. “This is coming along real nice.”

Connolly, Knous and other community leaders are eager to show the place to people from around the country. 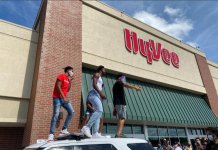 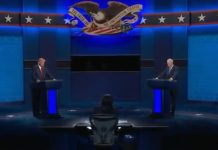