Home Election 2020 Ernst says no one ‘should be surprised’ she voted with Democrats on...
Facebook
Twitter
Email
Print

Republican Sen. Joni Ernst said nobody “should be surprised” she voted with Democrats to bar the U.S. Department of Justice from supporting a lawsuit aimed at repealing the Affordable Care Act.

Ernst was one of six Republicans to support the measure on Thursday, which was prompted by a rare action by Minority Leader Chuck Schumer to seize control of the Senate agenda and force the vote prior to the Nov. 10 Supreme Court hearing.

The motion received 51 votes, a majority of the Senate, but short of the 60 votes it needed to pass.

Ernst said her vote was indicative of her support to protect people with pre-existing conditions. Growing up, she said her brother and sister had juvenile diabetes and she saw the importance of controlling insulin costs.

“I don’t think anybody should be surprised,” Ernst said. “I continue to say and demonstrate that I support people with pre-existing conditions.”

“As she trails in the polls, Senator Ernst’s desperate stunt today is an admission that her disastrous health care record has her in big trouble with Iowa voters,” Levy said in a statement Thursday. “After helping set this reckless anti-ACA lawsuit in motion with her vote for her party’s 2017 corporate tax giveaway, Ernst has spent more than a year ducking and dodging and refusing to oppose it — despite clear warnings that it could gut pre-existing conditions protections and dismantle Iowa’s Medicaid expansion. Iowans see through Senator Ernst’s desperate, last-minute attempt to seek political cover from her harmful health care agenda.”

While Ernst has criticized the Affordable Care Act and acknowledged she has voted to repeal it, she said she’s also supported measures to support people with pre-existing conditions. She said she also approves of the president’s recent executive order aimed at providing health coverage, regardless of health history.

Democrats slammed the Republicans who voted “yes” for opposing the Justice Department’s attempts to overturn the ACA while supporting the confirmation of Amy Coney Barrett, President Donald Trump’s nominee to replace the late Ruth Bader Ginsburg on the Supreme Court. Barrett who wrote an essay in 2017 arguing that Chief Justice John Roberts “pushed the Affordable Care Act beyond its plausible meaning to save the statute” in his 2012 opinion preserving the landmark health care law.

The Supreme Court will hear oral arguments in the lawsuit against the ACA on Nov. 10, seven days after the election. Ginsburg’s death and her replacement with Barrett could tilt the court’s balance against the law. 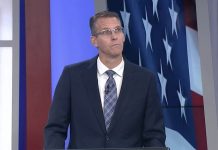 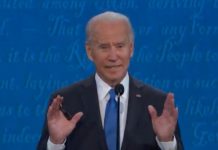