Fifteen Iowa companies were among those receiving grants Thursday to improve ethanol and biodiesel facilities to handle higher grades of the renewable fuels.

Iowa received $9.4 million, or 43% of the grant money. Iowa is the nation’s top producer of corn, which is used to make ethanol, and of ethanol itself. The state also is a major producer of biodiesel, which can be made of soybeans, the state’s second-largest crop.

Perdue was scheduled to visit a Mason City ethanol plant and an Ankeny convenience store Thursday. Politico reported on Thursday that the Office of Special Counsel ordered Perdue to repay taxpayers for an August event with North Carolina food producers at which he supported the re-election of President Trump.

Former Democratic Lt. Gov. Patty Judge, who is supporting Democratic interests, in a statement said of Perdue’s actions,”Secretary Perdue should absolutely pay back the taxpayers, but he should also just plain know better.”

In his news release Thursday about the ethanol grants, under a large-type headline that referred to the Trump administration, Perdue said, “President Trump has expanded ethanol use by unleashing year-round E15, and the result is more demand for American farmers and more affordable fuel for American consumers.”

Among the recipients were Casey’s General Stores Inc., which got nearly $5 million to retool 346 pumps at 70 stations in 13 states, including Iowa. Those projects are expected to boost sales of ethanol by 19.6 million gallons a year.

“Investments made through the Higher Blends Infrastructure Incentive Program are helping rural communities build stronger economies and will give consumers more choices when they fill up at the pump,” Perdue said. The grants went to companies Florida, Iowa, Illinois, Indiana, Kansas, Kentucky, Minnesota, Missouri, Nebraska, New York, Ohio, Utah and Wisconsin. USDA listed which members of Congress represented the area for each grant.

Emily Skor, CEO of the industry group Growth Energy, in a statement said the announcement “offers a welcome ray of hope during an otherwise rough year for America’s farmers, retailers, and biofuel producers.”

More grants will be announced in coming weeks.

The grants are part of a move to increase the selection of ethanol grades at gas stations and convenience stores. The federal government last year approved year-round sales of E15, a 15% ethanol blend expected to be one of the larger sellers. The most commonly sold blend is 10%, with some pumps offering 85% mixes. 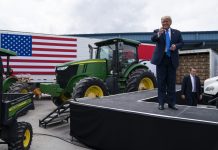 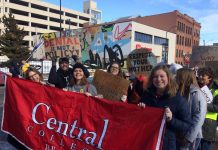 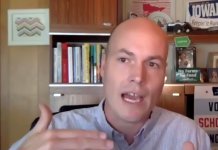