The rematch between Democratic U.S. Rep. Cindy Axne and former GOP Congressman David Young in many ways is a rerun of their fight over Obamacare. They also have argued over Axne missing votes due to late flights and the disruptions of COVID-19.

Axne has hammered Young repeatedly for voting while he was in the House to dismantle Obamacare, threatening to take away insurance coverage for many and protection for those with preexisting conditions. Young says he always supported protecting those with preexisting conditions and pushed for a replacement for Obamacare that would include those protections and more individual choice on coverage.

Young has repeatedly suggested he should get his seat back because he never missed a vote, and Axne has. “I showed up to every county (in the district) for four years every month, and I never missed a vote,” Young said during a WHO-TV debate Oct. 7. “My opponent has proxy votes, and (she’s) not showing up for other votes, many, many other votes. You have to show up to work in Iowa. If you don’t show up to work, you don’t last too long.”

That brought one of Axne’s most pointed debate retorts of the season. “David, you may be trying to scare people into thinking that because I’m not standing shoulder to shoulder with 500 people that I’m not doing my job, but that’s absolutely not true. What about the millions of Americans who are teleworking right now? What about our teachers who are today educating our children online? What about our medical professionals who are actually delivering services via the internet. Are they not working? At what point will you accept that virtual work is work?”

The House of Representatives changes its rules this year to allow members to vote by proxy due to the COVID-19 pandemic. In response to a question from WHO moderator Dave Price, Axne said her proxies had always voted as she ordered.

Axne said she missed one vote, barely, because her flight to Washington was late.

What’s different in this campaign is Axne is the incumbent and she has seen an advantage in some polls and in fundraising.

A Monmouth University poll in August showed Axne up by 11 percentage points in the 3rd Congressional District race.

In the most recent reporting period that ended June 30, Axne had raised about twice as many money as Young, $3.9 million to Young’s $1.98 million. Young updated that to $2 million on Sept. 30, but Axne’s figures weren’t available yet.

That election featured a Democratic wave as the party regained control of the House of Representatives by gaining a net of 40 seats.

This time, the race comes as Democrats try to hold onto the House while retaking the Senate and the White House. Polls that once appeared to make a takeover of the Senate unlikely now show the Democrats with an increased probability of narrowly regaining control of the Senate. Democrats now are slightly favored to win the Senate, FiveThirtyEight reports. Democratic challenger and former Vice President Joe Biden leads polls in the race to unseat President Donald Trump.

In addition to her fundraising advantage, Axne has used her status as a sitting congresswoman to hold a string of Zoom issue panels that have given her a chance to reinforce her views while also providing expert testimony from others.

In many ways, this race has been most visible for attack ads that both sides dismiss as inaccurate.

Those opposing Axne have labeled her as “Swampy Cindy,” a candidate who supports loans to China (“Good for China, Wrong for Iowa”) and whatever House Speaker Nancy Pelosi wants. Axne, however, has repeatedly said in debates that she is one of Congress’ most accessible and bipartisan members, and has highlighted the U.S. Chamber of Commerce’s opinion that she is the most bipartisan member of the Iowa delegation. Her website notes that she stood up to her own leadership when “House leaders tried to gut tariff and farm aid funding.”

A fact check on her website says Axne “has consistently pushed to hold China accountable for their human rights abuses, predatory lending, and defiance of other rules of the international system.”

Axne’s ads have claimed Young promised to protect Iowans with pre-existing conditions, but pulled back when the GOP establishment threatened to pull his funding. It’s been a steady theme of Axne’s campaign, but Young’s staff says it’s false.

Young advanced an amendment to the House GOP’s proposal to replace Obamacare. The amendment was approved. He said his goal was to ensure those with pre-existing conditions would still have coverage and to guard against price-gouging on premiums for those with the conditions. Young’s campaign produced an ad featuring a person with a pre-existing condition who talked about Young’s support of coverage.

Axne has noted this year that the approach that Young took still would have allowed companies to charge more for pre-existing conditions. Young said his amendment on the GOP health act was designed to soften that blow, but some health experts weren’t sure it would. Axne saw it as being akin to a resolution. Young’s amendment helped the act narrowly pass the House, but John McCain killed it with his famous “thumb’s down” vote in the Senate.

Last week, Axne released a new ad contending Young’s amendment to the 2017 GOP health care bill would have restored less than1% of the cuts made “to help people afford coverage.” She also noted that AARP, Kaiser Family Foundation and the Center for Budget and Policy Priorities questioned Young’s legislation.

Political experience: Ran for U.S. House of Representatives in her first campaign, unseating Congressman David Young in a close race. Running for re-election this year. 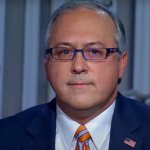 Axne-Young rematch centers on health coverage, showing up for work