In this new world of hand sanitizer and social distancing, getting a pint of craft beer looks different than just flagging down a bartender.

At Lua Brewing in Des Moines, owner Scott Selix has noticed the difference. Ninety percent of his taproom’s sales are from customers on the patio.

The demand for outdoor seating has accelerated so much that when it rains, Selix said he would be better off closing down altogether.

“We lose a significant amount of money on the days we can’t have the patios open,” Selix said.

For smaller Iowa breweries like Lua that don’t distribute in retail stores, outdoor seating has drawn in enough customers to keep operations afloat, even through unexpected turbulence like the state’s multiple proclamations demanding they close their doors.

But as Iowa temperatures start dipping under 60 degrees and Halloween approaches, the rapidly approaching winter cold is leaving brewery owners scrambling to balance how to keep sales going, while also maintaining the state’s 6-foot distance requirements and the loss of customers who only felt comfortable drinking outside.

“It really feels like the flood gates are open,” Selix said.

An April survey of breweries nationwide showed on-site sales dropped an average of 65% due to nationwide closures, according to the Brewers Association.

As breweries forecast the rest of this year, most responded to a survey saying they had “no clue” how the second half of 2020 would go for business, according to Brewers Association. Only 4% predicted sales growth, about half of businesses that projected growth in 2019.

In Iowa, 105 craft brewers were actively operating in 2019, according to the Brewers Association.

It’s unknown how many local breweries have closed, but smaller operations that rely primarily on taproom sales are in an unpredictable spot as they navigate the loss of outdoor seating.

This summer, 515 Brewing Company didn’t open its taproom for seating and relied on the patio as Rost said they tried to balance safety and sales.

Now the taproom is open for indoor seating on the weekend.

While liquor and alcohol sales grew for off-site retailers this year, that hasn’t helped smaller operations that produce only 1,000 to 1,200 barrels of beer annually, Selix said.

Bigger breweries like Exile or Confluence can focus their sales on retailers like Hy-Vee or Kum & Go, but smaller operations that don’t have their own distribution need people to come in to grab a drink.

Rost said to-go sales of beer earlier this year were only 50-75% in comparison to his full operations in 2019.

With social distancing requirements, Selix said he can fit only 15 tables in his taproom at Lua.

“There’s no option to shift to,” Selix said. “Most of those breweries have tried to scramble and figure out some way to sell beer to-go out of their taproom, but quite frankly it’s just not enough.”

Hopes fade for new round of federal paycheck protection

A second round of PPP loans could keep small businesses afloat, Selix said, but hopes for more funding faded in September after Congress failed to pass any stimulus legislation. It’s unlikely anything will pass until after the November election.

Rost said the benefit of operating a smaller brewery is the ability to adapt and the strong demand for local craft beer in Iowa. He would support a program that helps small businesses, though he also believes, “you need to be able to stand on your two feet.”

Without government intervention, Selix said he believes Iowa could see an acceleration of closures, resulting in a third of breweries shutting their doors.

He’s considered expensive accommodations to continue drawing in customers, like heated tents or the trendy igloos, but justifying the money for it when the business is already strapped for cash is difficult.

For now, he’s encouraging Iowans to support their local businesses 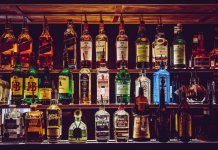