Health care has been a steady topic in attack ads between the candidates in the 3rd Congressional District race.

U.S. Rep. Cindy Axne and her allies have claimed former Congressman David Young repeatedly moved to strip protections for those with pre-existing conditions. Young counters that while he voted to get rid of the Affordable Care Act pushed through by President Barack Obama, he also voted for a substitute plan in the House that would have preserved coverage for those with pre-existing conditions.

“David Young voted to repeal the ACA and its protection for pre-existing conditions,” Democrat Axne said in an interview, repeating a claim that is prominent in her ad campaigns. “Literally when his party bosses threatened to pull funding for him, he got in line and voted to gut health care for thousands of Iowa families.”

Young, a Republican unseated by Axne in 2018, said that claim is off base.

“It is simply untrue,” Young said in an interview. “I mean, my record shows that I have passed legislation to protect people. So, it seems like anytime that anybody has any kind of concern or criticism of the Affordable Care Act, or that you voted to change it or repeal and replace it or fix it, (political opponents) like to use that as a weapon. And it shouldn’t be. It’s just totally wrong.”

Young said the legislation he supported would have replaced the ACA with a system that would provide “four levels of protection” for those with pre-existing conditions. That bill stalled in the Senate.

“When the Republicans took up a bill in Congress, I and a few others had an amendment to make sure that that health care bill had the kind of parallel protections that Obamacare had to make sure that there was no discrimination in terms of accessing (insurance) and covering people’s preexisting conditions, and that they weren’t priced differently,” Young said.

Here’s where the candidates stand on other health issues:

Axne co-sponsored a bill to allow new mothers to get a year of coverage under Medicaid, instead of the current 60 days.

On his website, Young says he wants Americans to have a choice in Medicaid and in their general health care plans.

“Most Iowans receive their healthcare through their employer, and they do not want to lose it,” Young said. “And veterans don’t want their Veterans Affairs coverage taken away. Nor do seniors want Medicare to go away or do those most vulnerable on Medicaid want to see it abolished. All lives, whether they have a disability or are in good overall heath, deserve choice in care and coverage.”

On COVID-19, Axne supports a federal mask mandate, while Young doesn’t. Both say people should wear masks. Axne has said the pandemic has driven home broad weaknesses in the U.S. health system.  She has pressured Gov. Kim Reynolds, a Republican, to increase COVID-19 testing at nursing homes. 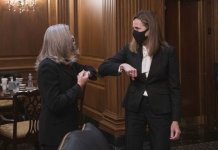 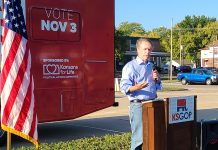