Pattison Sand Co. in Clayton could pump large amounts of water from the Jordan Aquifer in far northeastern Iowa without hurting supplies elsewhere, but the company’s plan to export the water sets a bad precedent, a state hydrologist said Thursday.

Mike Gannon of the Iowa Geological Survey said allowing exports to Oregon and other western states would bring many similar requests from other parties. That would threaten an aquifer heavily used in Mason City, Fort Dodge, Iowa City, the Des Moines metro and other areas, he added.

Gannon appeared via Zoom at a meeting of the Iowa Chapter of the nonprofit environmental group Sierra Club, which drew 70 people for the session.

The Jordan Aquifer, which is far below the surface in much of the state, is not far below ground at Clayton, in far northeastern Iowa, Gannon said. That means it refills quickly as rains come.

“From a purely science and technical standpoint, the use of that water by Pattison is not going to have much of impact, or virtually no impact, on the confined part of the aquifer because it’s so close to the surface” at Clayton, Gannon said. (The confined part of the aquifer is the deep part spread across most of the state that doesn’t refill quickly.)

“I think it’s very important from a legal standpoint not to set a precedent to sell Iowa’s resources,” Gannon said. “The reason being these resources are there not just for us, but for nature and for future generations.”

The Iowa Department of Natural Resources three times has turned down Pattison’s permit application to withdraw hundreds of millions of gallons a year to be exported by rail car. Pattison recently appealed, and has indicated it may try to use water it already is withdrawing under its permit related to its sand mining operation. DNR has said those permits were issued to allow Pattison to pump water out of areas to be mined and wouldn’t apply to export operations.

Pattison officials have told DNR that the company owns the water underneath its property.

DNR officials have said the water resources are controlled by the state.

“The law is very clear that the public owns the water,” Taylor said. “It’s a public resource. And that’s one of the reasons why we believe that Pattison’s project is illegal, because these are public resources, not for private benefit.”

Gannon said he fears a rush of other companies wanting to tap “water rich” Iowa to help out western states facing heavy demand and drought. Iowa has had its own drought problems at times, and climate projections show the state could see more floods, drought and other severe weather.

The Jordan Aquifer is made up of rocky layers found in 95% of Iowa, Gannon said. It is often used for municipal water systems because it is reliable. But heavy use by cities and agricultural facilities, including ethanol plants, led the Iowa Department of Natural Resources to look more closely at any uses in recent years, he added.

The water level in the Jordan already has been lowered 100 to 150 feet in parts of the state where it started with water that was 400 to 500 feet deep. Any depleted water will take 300,000 years to replace with water trickling down after rains in rock layers that are 2,700 feet below ground in places, Gannon said.

The Department of Inspections and Appeals plans to hold a hearing on Pattison’s appeal Nov. 9-10. 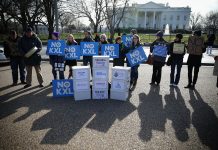 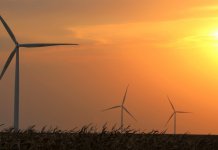