Republicans said early Wednesday they would keep their trifecta hold on the Iowa Statehouse.

House Speaker Pat Grassley announced early Wednesday that the GOP had expanded its majority to 59 seats after flipping seven Democrat-held seats and re-electing all Republican incumbents. The results are unofficial.

“Tonight’s election results demonstrate that Iowans strongly support the direction of our state under Republican leadership,” Grassley said in a news release. “Voters know that they can trust House Republicans to handle their taxpayer dollars responsibly, jumpstart our economy, and return to normalcy as quickly as possible.”

Democrats would have needed to flip four seats while successfully defending their House incumbents to gain the chamber majority. Instead, they lost six Democratic incumbents and an open seat previously held by a Democrat.

Republicans were also on track to keep their 32-18 majority in the Iowa Senate.

He also pointed to the GOP’s wins in the metro Des Moines area.  “When the national narrative says we’ve lost the suburbs — not in Iowa, we still have the suburbs,” Whitver said.

The Senate was not considered likely to change party control, but Democrats had seen an opportunity to take over the House control. 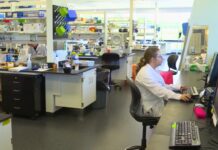