The Department of Natural Resources plans to sell salvaged timber from at least six parks.

The wind storm, which approximated a hurricane at times with winds up to 126 mph on state lands, also robbed Cedar Rapids of half its tree canopy, said Pete Hildreth, the Iowa Department of Natural Resources’ newly installed Conservation and Recreation Division administrator.

The U.S. Department of Agriculture had estimated Iowa’s forest at 2.9 million acres before the storm, meaning the state lost just shy of 25% of its forest acres.

Before human settlement, Iowa was covered primarily with tallgrass prairie and oak savannah, with limited forest. The state covers 36 million acres, most of it in crops and other agricultural land.

The damage was spread across 27 counties that are home to 1.3 million Iowans, the state reported. Among the state parks damaged were Palisades-Kepler near Mount Vernon, Lake Macbride near Solon, Pleasant Creek near Palo, and Wapsipinicon, near Anamosa.

Working with the U.S. Forest Service and Trees Forever, the state is hiring a recovery coordinator, Hildreth said. That person will help assess risks from damaged trees and assist in managing the debris, including looking for ways to use wood from the downed trees. The state also will help with replanting efforts, he added.

The position should be hired by the end of the year, Hildreth said.

All state parks have been reopened except Palisades-Kepler near Mount Vernon. A large DNR team including DNR Director Kayla Lyon and Deputy Director Alex Moon plan to help clean up that park next week, Hildreth said.

The derecho also flattened 850,000 acres of crops, 50% more than the original estimate, across 57 counties, USDA reported. 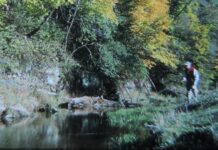 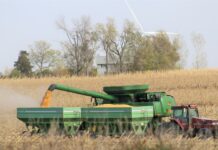 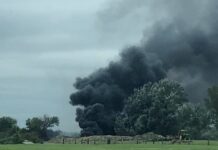