The Iowa Board of Medicine has restored the medical license of an Iowa physician accused of sexual misconduct with his co-workers and a patient.

The medical license of Dr. Jeffrey T. Zoelle, a 59-year-old physician who formerly practiced family medicine in Sioux City and Sergeant Bluff, has been restored by the board to full privileges, free and clear of all restrictions.

In 2018, Zoelle entered into a settlement agreement with the board after being accused of engaging in sexual misconduct and sexual harassment between 2011 and 2016. Specifically, the board had alleged Zoelle hugged a female patient during office visits; made comments of a sexual nature to the female patient while providing medical care; and sent Facebook messages with photographs of a sexual nature to the patient.

The board also alleged that Zoelle frequently rubbed female co-workers on the shoulders, back, and waist while they were working together; sent inappropriate Facebook messages and text messages, including photographs of a sexual nature, to his female coworkers; and attempted to kiss a female co-worker, all while practicing medicine in Sergeant Bluff.

As part of that case, Zoelle was issued a citation and warning and ordered to pay a $5,000 civil penalty, with his license placed on probation for a period of three years subject to board monitoring.

In an unrelated matter, the Board of Medicine has also ordered a 54-year-old physician from Dubuque to pay a $1,500 penalty in response to allegations of making unwanted advances toward a former patient.

The board accused of Dr. Dara Parvin, who once practiced orthopedic surgery in Dubuque, of engaging in unprofessional conduct in violation of the laws and rules governing the practice of medicine in Iowa.

The board alleged that after consuming too much alcohol, Parvin sent suggestive social media messages and made unwanted advances toward a female patient he had briefly seen in his office several years before referring her to another specialist. The board also alleged Parvin sent suggestive text messages and social media messages to, and made inappropriate comments and unwanted advances toward, a colleague and to other co-workers.

Under the terms of a settlement agreement with the board, Parvin was issued a citation and warning and ordered to pay a $1,500 civil penalty.  The board also placed Parvin’s license on probation for a period of two years, subject to professional-boundaries counseling and board monitoring.

Other recent actions by the board include: 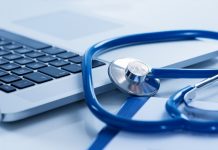 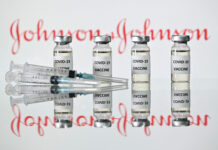 Johnson & Johnson vaccine suspension – what this means for you 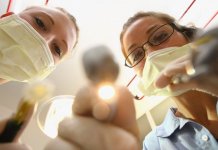