Investigators tasked with rescuing animals from eastern Iowa’s Cricket Hollow Zoo testified Thursday there was evidence of animals being starved to death or sold online in the weeks leading up to the zoo’s closure in December 2019.

The testimony came in the second day of a contempt-of-court trial of the zoo’s owners, Thomas and Pamela Sellner of Manchester. The Sellners are alleged to have violated a judge’s order requiring them to cooperate with rescue groups who were to take custody of the animals at the roadside attraction due to numerous allegations of animal neglect.

Court records indicate when the rescue groups arrived at the zoo in December 2019, dozens of animals were unaccounted for, including bears, a camel, a wolf and several llamas.

Thursday’s testimony focused on the observations of rescue-group workers when they arrived at the zoo armed with a court order giving them the right to seize and relocate the animals to wildlife sanctuaries.

The Sellners’ attorney, Joey Hoover, objected to evidence of animals being left without food or water, and evidence of dead animals found on the site, arguing it was irrelevant to the question of whether the Sellners violated the court’s order requiring them to cooperate with the relocation of the animals.

“I don’t see the relevance, other than to try and make Ms. Sellner look bad and incapable of taking care of animals, which the court has already ruled on by disbanding her zoo,” Hoover argued.

Attorneys for the Animal Legal Defense Fund argued the condition of the animals was relevant as it “shows these animals were starved to death and that, in and of itself, is a potential violation of the court order.”

Iowa District Court Judge Monica Wittig overruled Hoover’s objection and allowed the presentation of evidence, which included photos of dead rabbits, dead sheep and a goat with an untrimmed horn that was growing into the side of its face.

The evidence also pertained to a sickened wallaby — an animal similar in appearance to a small kangaroo — that was taken from the zoo and which died about 36 hours later. A necroscopy determined the wallaby had died of malnutrition.

The investigators testified that Pamela Sellner didn’t cooperate with them during the zoo evacuation and attempted to stop them from entering certain areas of her property.

“She was surly, aggressive and kind of rude,” Cara Donels, a Des Moines attorney who assisted with the zoo’s evacuation, testified. “Pam Sellner was yelling, ‘You can’t go in there, you’re not supposed to be here, you’re criminals.’ … To me, it was fairly threatening.”

“When rescuers were trying to remove animals from cages, she was coming over to them and telling them they couldn’t take those animals, they weren’t allowed — those types of things,” she testified.

Donels testified that she and others were unable to locate many of the zoo’s  animals even after a thorough search of the property. Donels said she later looked online and found several sites, including Craigslist, in which Sellner appeared to be actively offering some of the zoo’s animals for sale.

Because the trial involves charges of contempt of court, it is considered a “quasi-criminal” proceeding. The issue of neglect at the zoo was the focus of civil-court proceedings in 2019.  Wittig ultimately declared conditions at Cricket Hollow to be “deplorable” and ordered the Sellners to relinquish custody all of the exotic animals and wildlife in their care. Roughly 400 animals were successfully relocated.

Closing arguments in the case are expected to be given Friday. 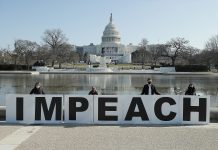 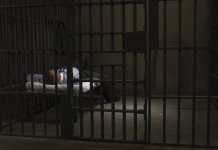