An angry and combative wildlife exhibitor testified Friday that he took custody of five bears from eastern Iowa’s troubled Cricket Hollow Zoo in 2019, and almost immediately killed two of them by accident.

The testimony came in the third day of a contempt-of-court trial of the zoo’s owners, Thomas and Pamela Sellner of Manchester. The Sellners are alleged to have violated a judge’s order requiring them to cooperate with rescue groups who were to take custody of the wild animals at the roadside attraction due to numerous allegations of animal neglect.

Court records indicate when the rescue groups arrived at the Manchester zoo in December 2019, dozens of animals were unaccounted for, including bears, a camel, a wolf and several llamas.

On Friday, Robert Sawmiller of Ohio, who operates a traveling wildlife exhibition, testified that he owned the five bears that were once part of the Cricket Hollow Zoo. He said he loaned those bears to the Sellners with the understanding that in return he would receive any cubs that were produced.

Sawmiller, who has been the subject of court action initiated by the Animal Legal Defense Fund — the same group that initiated court action against the Sellners — was belligerent and combative in his testimony, which was delivered by phone.

He testified that in December 2019, before rescue groups arrived at Cricket Hollow to take custody of the animals pursuant to a court order, he loaded his five bears into a truck and transported them to his Ohio wildlife operation.

He said he then made the mistake of feeding two of the bears, although they were technically still in hibernation and unable to process food.

“When I got home with them, they seemed to be awake,” he testified. “I mean, they were coherent and they were up moving around quite a bit, and I fed them.”

It was only later, he testified, that he learned feeding bears during their winter hibernation period can be fatal. Sawmiller has been a licensed wildlife exhibitor for at least 10 years.

Sawmiller refused to answer some of the questions put to him, and on at least three occasions, he responded to questions by asking the ALDF attorney, “What do you think?”

In response to other questions, Sawmiller responded, “It’s a stupid question,” “Maybe you should get some therapy,” and, “Are you just wasting my time, or what?”

When challenged by the ALDF attorney, Sawmiller said, “It would help if you wouldn’t ask stupid questions.” At one point, he declared, “This whole proceeding just disgusts me … Don’t the people have any rights? Do people count? The animals have more rights than the people these days.”

Iowa District Court Judge Monica Wittig reminded Sawmiller he was under oath and encouraged him to answer the questions put to him, telling him, “This is the judge. I don’t ask stupid questions.”

Five weeks ago, federal marshals and ALDF officials armed with a court order seized three animals — two wolves and one Labrador used for breeding — from Sawmiller’s Ohio operation. As part of that case, Sawmiller was held in contempt of court for failing to comply with a subpoena.

On Friday, ALDF attorneys asked Sawmiller if he would comply with a court order obligating him to turn over the three surviving Cricket Hollow bears.

“I own the bears,” he replied. “I’m not going to relinquish ownership of my animals to anybody.”

Sawmiller’s traveling wildlife exhibition operates under the name “Wildlife on Wheels.” Over the past 10 years, the U.S. Department of Agriculture — which oversees some aspects of zoo and exhibitor operations — has repeatedly accused Sawmiller of regulatory violations. Ten months ago, he was cited for 19 alleged violations.

Sawmiller testified that three cubs were born to the Cricket Hollow Zoo in the spring of 2020. He said he has since been forced to surrender the three cubs to the Ohio Department of Agriculture. He said he has “no idea why” that happened.

Due to the COVID-19 pandemic, the Sellners’ trial has been conducted via telephone and by computer conferencing software. During a break in testimony, a witness who had testified by phone and didn’t realize she could still be heard by others participating in the trial, loudly complained about the proceedings.

“I’ve been on the phone with these crazy people for hours, and it’s brutal,” said Deb Virchow of Northwood, Iowa. Virchow is a friend of the Sellners and was once a licensed animal dealer.

In 2019, Judge Wittig declared conditions at Cricket Hollow to be “deplorable” and ordered the Sellners to relinquish custody all of the exotic animals and wildlife in their care. Roughly 400 animals were successfully relocated.

Because the current trial involves charges of contempt of court, it is considered a “quasi-criminal” proceeding. Testimony in the case is expected to resume on Tuesday. 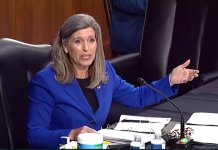 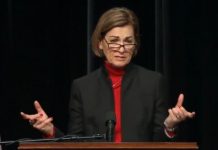