One in five Iowa high-school students who intend to enroll in college immediately after graduation don’t follow through, Iowa College Aid reports.

A new report relates to one of the top priorities of Iowa’s state government and some of the state’s most prominent business groups. Gov. Kim Reynolds and state lawmakers have steadily expanded the Future Ready Iowa program, whose goal is to have 70% of Iowans with education and training beyond high school by 2025.

The Iowa Business Council, the Iowa Chamber Alliance and the Iowa Association of Business and Industry all have said a shortage of highly skilled workers is one of Iowa’s biggest economic challenges. That includes those in the trades, such as welders and plumbers, so state leaders have encouraged Iowans to consider programs outside of four-year colleges and universities, including trade schools and community colleges, when those options are a better fit.

Of those who said they intended to enroll in post-secondary education, 78% have followed through, and that percentage has held fairly steady but dropped to 77.7% in 2019 after hitting 78.4% in 2017.

The report by statistical research analyst Meghan Oster found that students who do enroll in college the fall after high-school graduation tend to have taken the SAT or ACT test or have applied for federal financial aid through FAFSA (Free Application for Federal Student Aid), or both. Iowa College Aid oversees $80 million in scholarship and grant programs, and programs intended to “build a college-going culture throughout the state.”

The report suggests the state consider requiring all high school students to take the ACT or SAT test, a measure of academic standing required for admission at many colleges and universities. The number of schools requiring those tests is declining, Iowa College Aid acknowledged.

The state also could considering requiring high school students to complete a FAFSA application, the report suggested. That idea is “gaining traction” but “few states have implemented the policy,” Oster wrote.

Short of those requirements, schools should encourage students to take the ACT or SAT exam and complete a FAFSA app, Oster wrote.

Part of the problem, according to the report, is counselors and others sometimes don’t know a student’s post-high school plans early enough to help with entrance exams and financial aid advice.

“Unfortunately, high school counselors and other practitioners who could encourage and assist college-going students with these two important steps do not necessarily know students’ intentions early enough to act,” Oster wrote. “High school students indicate their intentions at the end of their senior year, when they ideally should have already taken the ACT/SAT and filed the FAFSA.”

College Aid collects some of that information at the beginning of the senior year at some schools. The report suggests a state exit survey be given to juniors or to seniors very early in the school year. 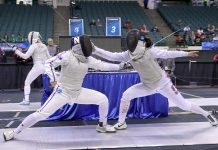 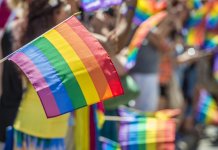 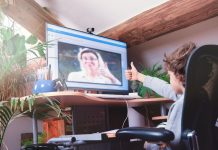