Iowans would have to pay only $10 every two years for a medical cannabis card that now costs $100 per year under a bill advancing in the Iowa Senate.

However, lawmakers on a Senate subcommittee agreed Thursday the fees, along with other parts of the bill, may need changes in order to make sure the program continues to cover the costs of state administration and testing.

Representatives of the Iowa Department of Public Health and University of Iowa, which operate the State Hygienic Lab, raised concerns that the cut in fees would leave them without enough revenue to pay for operating the program.

Senate Study Bill 1177 would slash fees paid by the manufacturers of medical cannabis to $2,000 a year and create an income tax deduction for business expenses associated with manufacturing or dispensing medical cannabis. Sales taxes from medical cannabis would be diverted to pay for state administration and testing.

Dane Schumann of MedPharm Iowa, a medical cannabis manufacturing and dispensary operator, said manufacturers have paid “well over a half million” dollars in fees to the Iowa Department of Public Health since the program’s inception and that dispensaries have paid a similar amount.

“The fees, the annual fees that manufacturers and dispensaries pay to the department, are really pretty steep,” he said. Because of the way the program is constituted in Iowa, he said, “it’s really important that we can keep our overhead costs down to the extent possible, in order to ensure the program’s survival.”

The Iowa Legislature expanded some aspects of the medical cannabis program, which is limited to cannabidiol, last year, but not as far as some advocates said was needed.

Schumann said sales last year totaled about $3.5 million, up from $2.2 million in 2019, and he would expect increases to continue. A 6% sales tax would generate $210,000 a year at current sales levels.

Sen. Joe Bolkcom, D-Iowa City, supported the bill but he said the Iowa Department of Public Health currently receives $600,000 to $700,000 a year to administer the program.  He noted lawmakers specified when they created the program that it would have to be self-sustaining. During a pandemic, he said, lawmakers would not want the department “cannibalizing” other parts of its operation to pay for medical cannabis administration.

He said while he believes the $100 annual fee for a medical cannabis card is too high, $10 every two years might be too low given the need to pay for the program costs.

He said the proposal came from MedPharm and represented “going for the gusto” from the manufacturer’s perspective. Zaun said he was open to changes, including in the medical card fee, and he said some pieces of the bill “might not make it.”

“But I think it’s a step in the right direction for access, and for more people to be able to afford to get this card,” he said.

The bill moves to the Senate Judiciary Committee with Zaun and Bolkcom’s votes. Sen. Craig Johnson, R-Independence, voted against the bill. Zaun noted the tax provisions in the legislation would also have to be approved by the Ways and Means Committee. 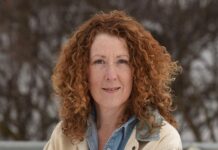 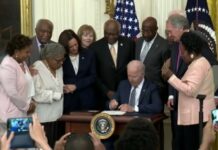