Redemption centers would get their first raise since Iowa’s bottle bill went into effect in 1979 under an amended bill sent to the full Senate Wednesday.

Senate File 368 would double the handling fee for each bottle and can to two cents for redemption centers, but not grocery stores or other retailers, on July 1. The Alcoholic Beverages Division would take over administration of the deposit program on Jan. 1, 2023, when the fee would fall to 1.5 cents per container.

The two other big changes: Grocery stores and other retailers could opt out of taking the containers back for deposits, if there is a redemption center within 20 miles of the store. And the money from unclaimed deposits would be returned to taxpayers through a state trust fund, rather than stay with distributors.

Redemption centers would be paid the handling fee through the Alcoholic Beverages Division and would keep the proceeds from selling the metal and plastic, about a penny a container at current rates, said Sen. Ken Rozenboom, R-Oskaloosa, who is managing the bill. He said the changes are meant to bolster Iowa’s network of redemption centers, which has shrunk in recent years.

“With redemption rates in decline and no accountability for the money that Iowans put into the system, it’s time to modernize the bottle bill,” Rozenboom told the committee.

“This bill does nothing to provide more consumer convenience,” Celsi said. “It does nothing to encourage recycling. It won’t reduce litter on our roads or in our landfills or lakes. It won’t include more containers like water bottles that proliferate all over our landscape right now.”

Celsi added that bill doesn’t address the unchanged nickel deposit and inflation’s effect on the program. She suggested lawmakers consider raising the deposit.

“Consumers want to have some skin in this game,” Celsi said. “They want to participate in this program. It’s extremely popular. And I think they’d be willing to put a little bit more in the deposit side of this.” 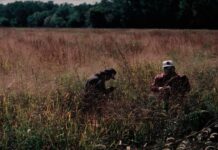 Senate committee votes to give redemption centers a raise