Iowa Gov. Kim Reynolds said Wednesday Iowa’s low ranking among the states in delivering two doses of the COVID-19 vaccine is largely due to a reporting error.

Last week, Reynolds was asked why Iowa was so slow, relative to other states, in getting two doses of the vaccine administered to residents. At the time, she said she was unaware of the situation and suggested the ranking was incorrect.

“In reviewing the booster doses, or second doses, by vaccine providers, the Department of Public Health has determined that more than 32,000 — or 77 percent of the overdue booster doses — are among pharmacy providers,” she said. “Earlier this week, the Department of Public Health contacted participating pharmacists to identify what may be causing the issue and how we can work together to resolve it.

“They determined that a file reporting second doses administered by the long-term care pharmacy partners failed to transfer, and therefore, the doses are not yet accounted for in the reporting system.”

Reynolds did not say precisely how many of vaccinations were actually administered but not reported as such. However, she said they “should account for the bulk” of the second doses that were wrongly presumed to be overdue in Iowa.

The governor’s spokesman, Pat Garrett, later clarified the governor’s comments to say the 344,500 figure reflects only those Iowans who had received a first dose and not their second dose, as of Feb. 27. He said of that group,  12% were Iowans who appeared to be “overdue” for their second dose, although it’s now clear that a  “large portion” of that 12% was “likely not overdue at all, and (their second vaccinations) have just not been reported due to the CVS file failures last week.”

Reynolds said the 25,600 doses of the new Johnson & Johnson vaccine that have already been allocated to Iowa are currently arriving in the state.

Minutes later, Reynolds, her husband, Kevin, and Iowa Department of Public Health Director Kelly Garcia were each given the Johnson & Johnson vaccine.

Reynolds said the next tier of Iowans eligible for the vaccine will also be given the Johnson & Johnson vaccine. That tier, she said, includes “some workforce populations who have been essential to keeping the critical supply chains moving over the past year” — specifically, those involved in meatpacking and related industries.

She said plans call for Iowa to vaccinate, over a period of five weeks, nearly 160,000 employees who “work or live in congregate settings (or) at the 456 food-processing, ag production and manufacturing and distribution companies across Iowa.”

That effort will begin with the newly arrived 25,600 doses of the Johnson & Johnson vaccine, she said, which are being distributed to 51 companies that employ nearly 30,000 workers in 17 counties. Those companies will launch employer-based vaccination clinics as soon as Thursday, she said.

Reynolds said she will ask Iowans on Monday to reflect on the one-year-anniversary of the virus’ first reported arrival in Iowa.

“We cannot and should not forget those who lost their lives to COVID-19,” she said. 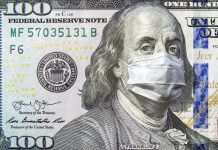