The Iowa House voted unanimously Wednesday for a constitutional amendment that would allow people with felony records to vote in future elections.

Immediately after approval of House Joint Resolution 11, the House passed a separate bill to limit who can receive automatic restoration of voting rights.

Under House File 818, individuals who have completed their confinement, parole and probation and who have paid any debts to the victims of their crimes would be able to vote. People convicted of child endangerment resulting in death or election misconduct in the first degree would have to petition the governor for restoration of their voting rights.

House Democrats opposed the requirement that a person must pay victim restitution before voting. They contended that the amendment was like a poll tax, barring people from voting if they don’t have enough money.

Rep. Bobby Kaufmann, R-Wilton, responded that restitution was a fair expectation for restoring voting rights. He cited similar laws in other states: Florida, for instance, requires felons to pay court fees, fines and restitution before they may vote again.

“You don’t have a right to be made whole with your rights until the individual you have harmed is made whole financially,” Kaufmann said.

The Legislature passed and Reynolds signed similar legislation last year that did not take effect because the constitutional amendment did not advance.

If House File 818 is approved by the Senate and signed into law this year, it would take effect if the constitutional amendment also passes. That will take a while.

Constitutional amendments must pass through two consecutive general assemblies. That means the Senate has to approve the proposal this year or next, and then both the House and the Senate must pass the bill again in the 2023-2024 general assembly. After that, Iowans would vote on the amendment in the next general election.

The Iowa House approved the constitutional amendment in 2019 but the Senate did not approve it last year. Reynolds instead signed an executive order to restore felon voting rights in time for the 2020 general election and the order remains in effect. 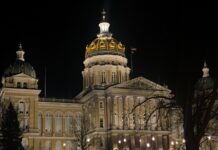 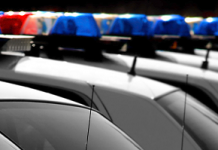