Iowa is seeing a surge in exports of corn, soybeans and pork, largely because of purchases by China, experts told an Iowa Economic Development Authority webinar audience Wednesday.

That in turn means a bullish outlook for the agriculture economy in Iowa and the rest of the United States after a year of disruptions that grew out of the pandemic, trade wars and a long stretch of low crop prices.

LeGrand noted that in one year, China became the top buyer of U.S. corn, passing long-time leader Mexico along with Japan, Colombia and Korea. The Chinese have bought an unprecedented 23 million tonnes.

LeGrand said the Phase One trade agreement negotiated by then-President Donald Trump could be a factor, but the biggest force is simple demand. “I’ve said for some time now that China will buy what it needs, when it needs it, and from an origin that has the best price. I do think that the buying we’ve seen recently is a result of the strong demand that exists there,” LeGrand said.

“It’s important to note that they need that corn. That demand is there and that ultimately will  drive long term sales,” LeGrand added. “Lots of people have expressed concerns about China executing their purchases. They’re coming along quite nicely.”

Iowa State University economist Dermot Hayes said China appeared to overstate how much corn it had on hand when it was negotiating with Trump. That could mean even more demand for U.S. corn as Chinese developers build on fertile land near major cities, leaving farmers to work less-productive acres.

Iowa is a top U.S. producer of corn, soybeans, ethanol and pork.

“I think the big surprise has been that China has been purchasing massive quantities of corn, beans and pork,” Hayes said. That is in part because China is losing 2% of its cropland a year and its corn stocks “have fallen tremendously,” he added.

After battling African swine fever, the Chinese are in the market for more pork, and markets for the meat are expanding in Vietnam and the Philippines, Hayes said.

What has shaped up to be a strong ag year has boosted prices. Hayes said economists predicted $3.80 per bushel corn this year, but it has routinely sold above $5 and now is around $6. Soybeans were projected to sell at $9.20 a bushel this year, but cleared $13. Hog prices are well above $100 per hundredweight, not the $78 predicted, Hayes noted.

Iowa Agriculture Secretary Mike Naig said the pandemic forced a suspension of the state’s usual trips to key trading-partner countries. But virtual meetings were held with officials from Japan, Taiwan, the United Kingdom, Canada and Mexico.

Naig said it’s important for the United States to work on new trade agreements while enforcing old ones. 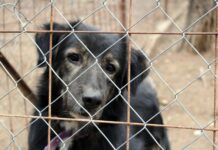