Should Iowa courts allow witnesses to describe a small child’s unspoken re-enactment of alleged abuse, or should such evidence be barred from trials as hearsay?

That was one of the questions the Iowa Supreme Court dealt with Friday in upholding the conviction of a day care worker accused of choking a 4-year-old child.

Shanna Dessinger was an employee of Tracey’s Tots day care in Fort Dodge, in May 2018 when she was involved in an incident. Police accused her of intentionally choking and pushing to the floor a 4-year-old child and charged Dessinger with child endangerment.

The child did not testify during Dessinger’s trial, but the state did offer testimony from an alleged witness to the incident. A 17-year-old high school student had testified she was working at Tracey’s Tots when she spotted one of Dessinger’s pupils climbing on a playground fence. The witness said she asked Dessinger to intervene, but Dessinger replied that she didn’t care as she was quitting at the end of the day.

The witness testified she immediately reported the matter to her supervisor, who then asked the child to show her what had happened. When prosecutors asked the witness what she saw the child demonstrate for the supervisor, the defense objected, arguing that a witness’ description of what someone else had communicated to them physically amounted to hearsay.

The judge overruled the objection, concluding that the witness could not testify as to any words the child spoke but could testify as to the child’s conduct during the demonstration. The witness then testified the child re-enacted the same type of choking she had witnessed.

When she testified, Dessinger admitted she might have knocked the child over when she lost her balance, but denied the allegation of choking.

Dessinger appealed the jury’s guilty verdict, after which the Iowa Court of Appeals ruled that the testimony about the child’s nonverbal demonstration was, in fact, hearsay, but that in this case the finding did not justify a reversal of the district court decision given the other evidence that was presented.

In reviewing the Court of Appeals decision, the Iowa Supreme Court noted that the trial judge had “split the baby” by blocking any testimony of what the child said and allowing testimony about how the child physically responded to questions.

In analyzing the hearsay question, the justices pointed to a 1980 Polk County case in which a court considered the nonverbal conduct of a 2-year-old child who may have witnessed the brutal murder of a man who was tied up with electrical cord and repeatedly stabbed.

In that case, the mother the child was allowed to testify that a few days after the murder, her daughter took the belt from her robe and bound her own hands with it, then gestured as if beating her own chest. The mother testified her daughter also had an adverse reaction to a television program, crying when a cartoon mouse was shown tied up.

In the Dessinger case, the justices ruled, the child’s demonstration “was a clear attempt to illustrate what Dessinger had allegedly done” and said such an assertion, even through conduct rather than words, “is by definition hearsay.”

The court then addressed the question of whether this “nonverbal hearsay” was admissible under one of the exceptions to the hearsay rule. One such exception is for “excited utterances,” described as statements related to a startling event made while the person is still under the stress of the excitement caused by that event.

The justices ruled the child’s demonstration qualified as an excited utterance as the time that had elapsed between the alleged choking and the child’s re-enactment was “relatively short.”

The justices ruled the testimony was allowable, and upheld the Court of Appeals decision that it was not prejudicial. It did, however, remand the case back to the district court for the sole purpose of determining whether Dessinger has the ability to pay restitution in the case.

According to the court records, the Iowa Department of Human Services ruled the complaint of child abuse against Dessinger to be unfounded. 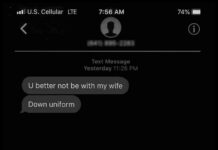 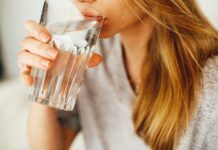