Iowa businesses need to recruit diverse groups of Iowans because the state is unlikely to reverse more than a century of weak population growth, the director of an Iowa State University center said Friday.

Ronald Cox of ISU’s Center for Industrial Research and Service said that means working to hire immigrants, people with disabilities, retirees, ex-convicts and others that might not be on companies’ main radar. He also suggested seeking remote workers and improving efficiencies so fewer workers are needed.

With Iowa still having one of the lowest unemployment rates in the country, even as the pandemic wears on, finding workers has been nearly futile for many businesses. Cox asked his colleagues to send photos of “help wanted” signs for his presentation if they saw one. He got several dozen.

“Is there anybody else we can pull in? That is the question,” Cox said. “Unless something really big happens that changes the Iowa curve of the last 100 years, there isn’t going to be any new people.”

CIRAS has identified 27 groups of workers, including veterans, that businesses might want to add to their recruiting lists. The center also suggests that businesses make sure they retain the good workers they have.

CIRAS is working with businesses to reach out to senior citizens, apprentices, homeless people, laid-off workers, immigrants, and ex-convicts, among others. The center works with a few communities at a time to assess needs and plot strategies based on local conditions.

Cox said the United States’ population has more than doubled since 1950, while Iowa’s rose by 20%. Currently, Iowa’s growth is smaller than most states’, including its Midwestern neighbors, Cox added.

While Des Moines, Iowa City and some other metros are growing, the rural parts of the state are losing population, Cox said.

In Minnesota, a billboard listed jobs paying $21 an hour in a workplace that offered foot-washing stations, prayer rooms and non-Christian holidays, Cox said.

“That is the type of thing we’re going to have to start doing to win this war” for workers, he added. 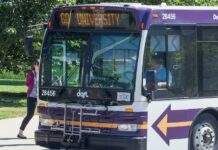